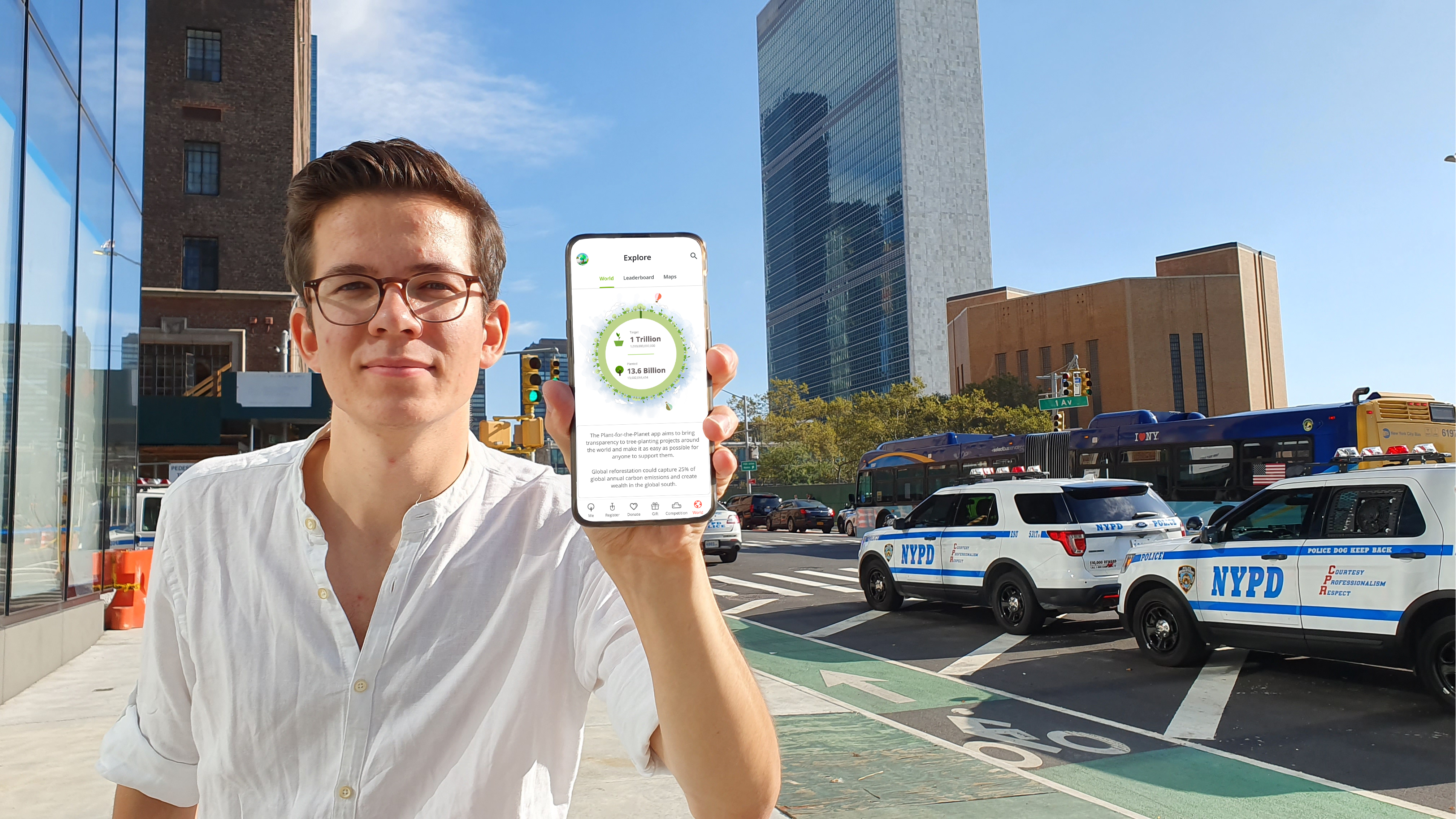 A new mobile app that makes planting trees easier than ever before has made its debut. Community-led tree planting projects from more than 20 countries have come together in an effort to boost the world’s reforestation efforts. The Plant-for-the-Planet app provides users with the opportunity to plant trees worldwide with just a few clicks on their mobile devices.

The Plant-for-the-Planet initiative was launched in 2007 by 9-year-old Felix Finkbeiner. Finkbeiner was inspired by Nobel Peace Prize Laureate and Founder of the Green Belt Movement, Wangari Maathai, following the launch of UN Environment Programme’s Billion Tree Campaign. Since 2007, Plant-for-the-Planet, alongside companies, governments, and individuals, has planted nearly 14 billion trees in 193 countries.

“With the late Wangari Maathai in mind, I’ve poured all my heart and soul into this app for the past two years. I hope she would be happy and proud of us,” said Sagar Aryal.

By supporting tree planting projects, users are also taking action against the climate crisis. Forests are a valuable climate mitigation tool and can provide 30% of the solution to keeping temperature change below 2° C.

Project Drawdown, a nonprofit organization and coalition focused on solutions to climate change, marks afforestation efforts as the 15th most important solution to mitigate the climate crisis.

A recent study hailed reforestation as the best climate change solution to date. The study found that, with the exclusion of existing trees and agricultural and urban areas, there is room for an additional 0.9 billion hectares of forest canopy cover. The extra canopy cover could store up to 205 gigatonnes of carbon.

Mass tree plantings have been making headlines in recent years. In July 2019, Ethiopia planted a record-breaking 353,633,660 trees in 12 hours. Originally set to plant 200 million trees, the nation exceeded the goal by more than 153 million. India was the previous World Record holder. In 2016, India had 800,000 volunteers plant more than 50 million trees.

“Wide-spread restoration requires us to reach out to large numbers of people, cost-effectively and quickly. Apps like Trillion Trees can go a long way in boosting nature-based solutions for climate action, livelihoods and sustainability,” said Inger Andersen, Executive Director of the UN Environment Programme.

However, progress cannot be made unless the world deviates from current deforestation trends. Globally, 18.7 million acres of forest are lost annually. In 2015, it was estimated that the planet had lost more than half of its trees since the dawn of agriculture.

“No matter when and where you are, now nobody has an excuse not to plant. With just a few clicks, users can support tree-planting projects from all over the world,” stated Finkbeiner.

Through the Plant-for-the-Planet Foundation and newly launched app, Finkbeiner aims to plant a trillion trees around the globe.

“Currently, there are 3 trillion trees worldwide, and we have space to reforest an area the size of the United States, enough room for another trillion trees,” said Finkbeiner. “If every single person, every company and every institution becomes climate neutral, we can save our future.”