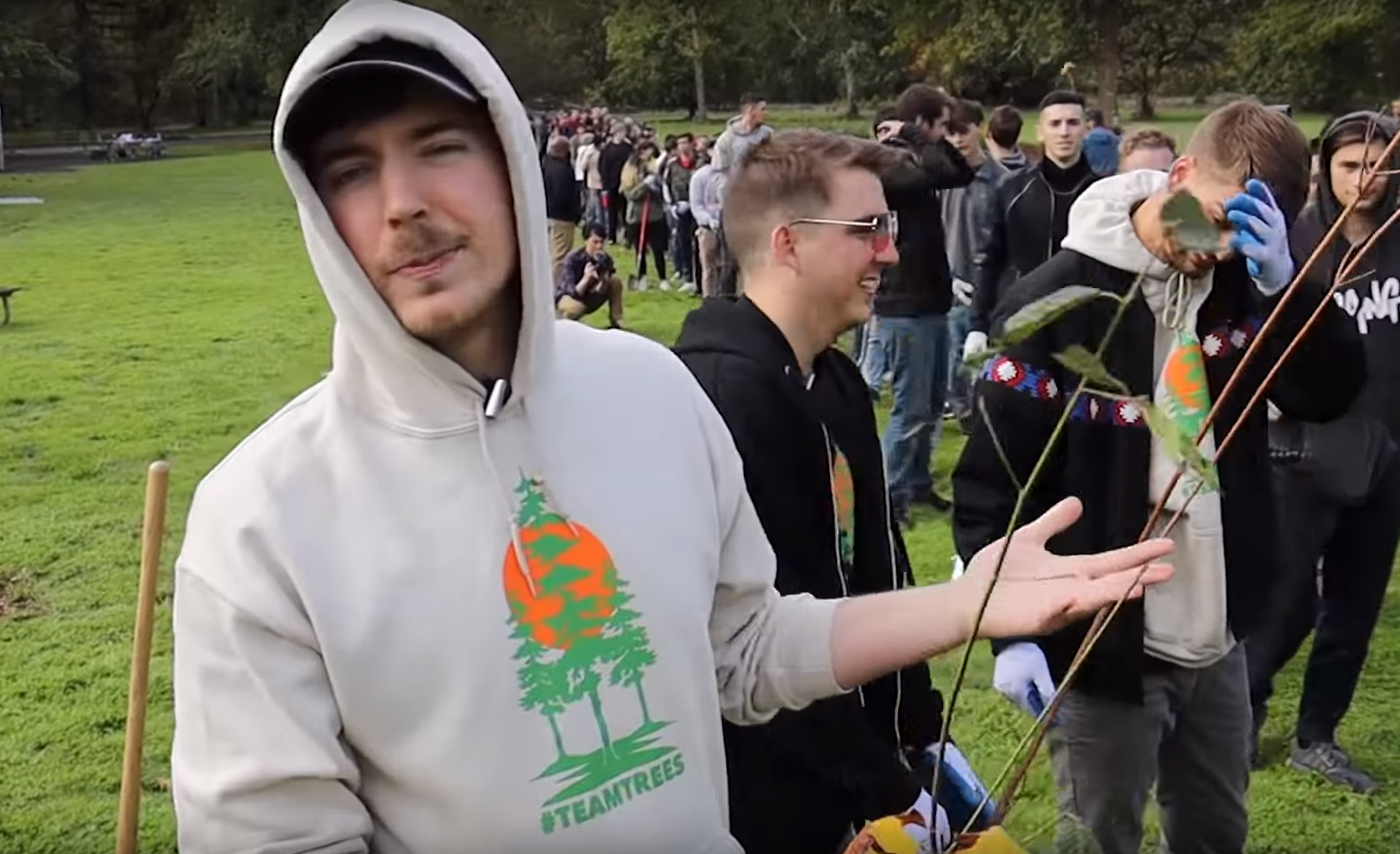 Hailed as the largest YouTube collaboration of all time, more than 600 YouTubers and social media influencers have joined Donaldson to launch the #TeamTrees project. Mark Rober, Good Mythical Morning, The Try Guys, and iJustine are among major YouTubers that have joined the effort.

“Recently, lots of not so great things have been happening to forests. People keep making fun of our generation for retweet activism and not actually doing something, which is why we created TeamTrees.org,” stated Donaldson.

Through #TeamTrees, YouTubers and influencers are using their platforms to raise awareness of the project and ask viewers to donate to the cause. On October 25th, YouTubers began posting videos using the initiative’s hashtag in an effort to flood YouTube with fundraising videos and bring the subject of climate change to YouTube’s Trending page and users’ recommendation lists.

While the campaign was only launched four days ago, it has already brought in enough to plant more than 7.7 million trees. SpaceX CEO Elon Musk joined in on the campaign by donating $1 million, contributing the largest donation as of October 29th. Twitter CEO Jack Dorsey also made a substantial donation to the campaign.

“Just to be clear, we all realize 20 million trees won’t fix climate change. But at the end of the day 20 million more trees is better than 0! We want to take action because doing nothing is how we got here,” said Donaldson.

Donaldson has admitted that while he has not always been the most environmentally-friendly on his channel, it is time to make a change and take action. “I personally haven’t always been the most environmentally-friendly. We burnt the box fort and we’ve done many other dumb things. A lot of you might be of the mindset of the old me, that was basically ‘someone else will figure it out’. But that’s not how it works, we genuinely need all the help we can get.”