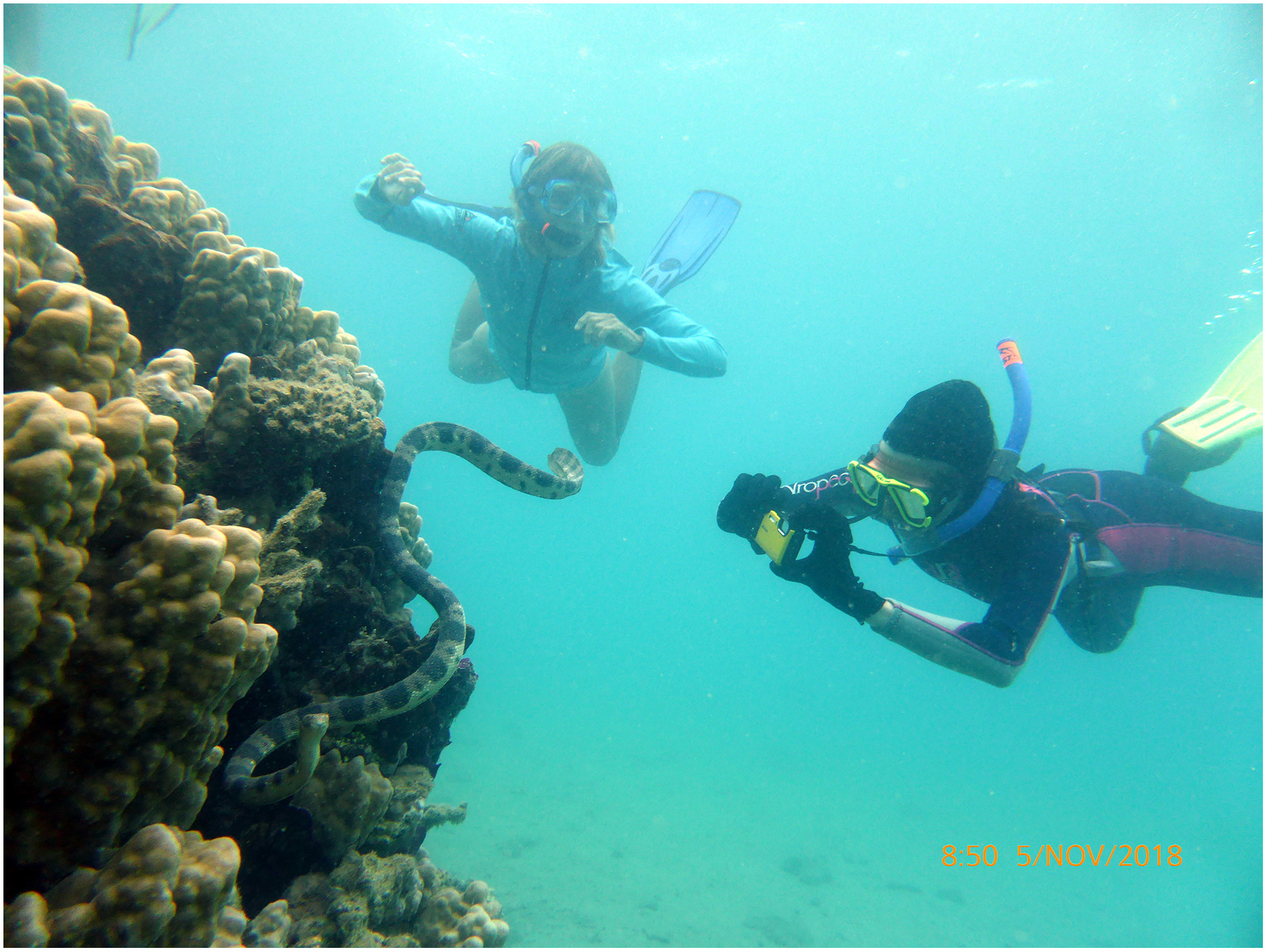 A group of seven women in their 60s and 70s, who call themselves “the fantastic grandmothers,” have helped uncover a surprisingly large population of venomous sea snakes in the waters surrounding Nouméa, the capital of the French Pacific territory of New Caledonia.

“The results have been astonishing,” Claire Goiran, a scientist with the University of New Caledonia and lead author of the new study documenting the findings, said in a statement.

In 2013, the researchers decided to take a more systematic look at the 1.5-meter (5-foot) sea snake by photographing the tails of every greater sea snake they encountered. Since the markings on the hind part of the snakes’ bodies are unique, the images could help the researchers identify individuals. By 2016, Goiran and Shine had seen the greater sea snake 52 times and identified at least 45 distinct individuals in the small bay. This number was much higher than what the researchers had expected to find, but they were in for a bigger surprise.

In 2017, a group of seven women, all Nouméa residents and expert swimmers and snorkelers, offered to help the researchers by taking photographs of the rear part of any greater sea snake they encountered during their recreational activities in the bay. They did not touch or capture any snake; they just photographed the fast-swimming animals and sent the images to Goiran and Shine.

By November 2018, the “fantastic grandmothers” and Goiran had collectively taken nearly 300 photographs of more than 140 different greater sea snakes. This number, the researchers say, showed that they had “massively underestimated the abundance of greater sea snakes in the bay.”

“Remarkably, they found a large number of lethally toxic sea snakes in a small bay that is occupied every day by hordes of local residents and cruise ship passengers — yet no bites by the species have ever been recorded at Baie des citrons, testifying to their benevolent disposition,” Shine said in the statement.

The citizen science project isn’t just revealing numbers. The records are also uncovering detailed information on the ecology of greater sea snakes, such as their breeding patterns and changes in population structure over seasons.

“I have been studying sea snakes in the Baie des Citrons for 20 years, and thought I understood them very well — but the Fantastic Grandmothers have shown me just how wrong I was,” Goiran said. “The incredible energy of the Grandmothers, and their intimate familiarity with ‘my’ study area, have transformed our understanding of the abundance and ecology of marine snakes in this system. It’s a great pleasure and privilege to work with them.”