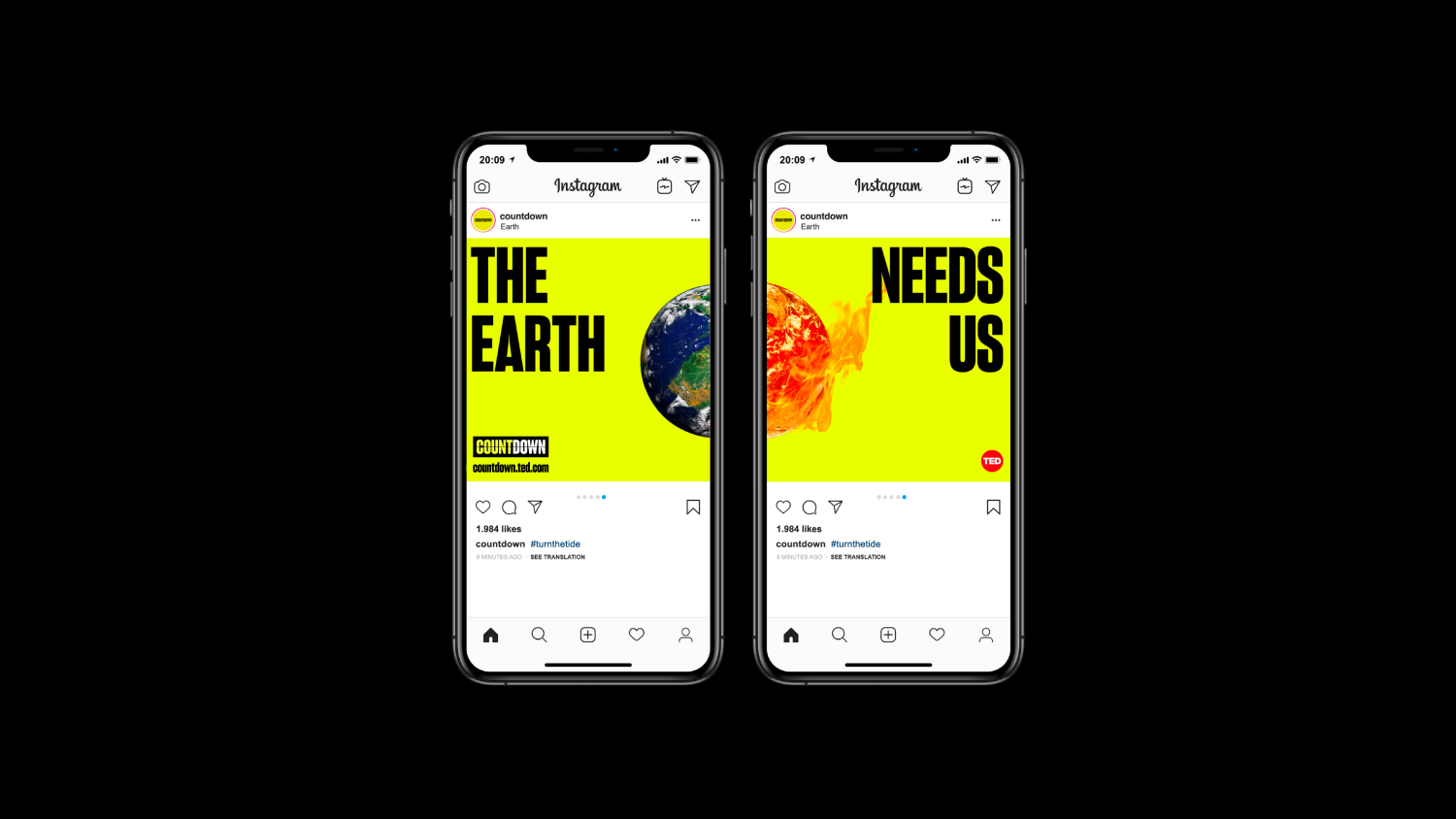 Named for the necessary reduction to zero net greenhouse gas emissions, the goal of Countdown is to amplify solutions to the climate crisis. The Countdown summit will take place next year from October 6-9 in Bergen, Norway.

“We face a climate crisis that threatens us all, and while TED has never before taken on a specific issue, we concluded that it’s no longer enough just to spread ideas. Some issues demand urgent action, which is what propelled us to take on what will be the most ambitious initiative ever attempted by this organization,” said Chris Anderson, Head of TED.

Convening more than a thousand leaders from governments, businesses, cities, and citizens, Countdown will focus on presenting solutions that answer five key questions:

Following the summit in Norway, Countdown will give everyone a chance to learn more about the solutions presented through thousands of local events coordinated by the TEDx community and various partners around the globe on October 10th.

“Addressing climate change and taking immediate collective action is not only imperative, it is beneficial to everyone. Never has a topic been more timely, more urgent, and more important for all of us,” said Figueres. “Countdown will invite everyone’s creativity, ingenuity, and stubborn optimism to help us all tackle the massive challenge of counting the world’s emissions down to net zero, including moving beyond fossil fuels, eliminating waste and reforesting the earth. We must have a bold vision for the creation of the regenerative future we can choose to create, and Countdown is sure to help us get there.”

Recent reports from the IPCC and UN Environment show the world needs to act urgently, but there has yet to be a unified, overwhelming sense of urgency to solve the climate crisis from key influencers. In November, 11,000 scientists came together to declare a climate emergency.

“Scientists have reached the same desperate point about climate change impacts as scientists who foresaw the potential dangers of the atomic bomb,” said signatory Elisabeth Simelton, a climate scientist with ICRAF. “Now, not only does climate change threaten this planet as a liveable place for humans, we’re also running down natural resources as if they were available in the supermarket again tomorrow.”

Prior to the beginning of COP25 in Madrid, the UN Environment Programme released the annual Emissions Gap Report. According to the report, global greenhouse gas emissions must fall by 7.6% annually over the next decade to limit global warming to 1.5°C above pre-industrial levels.

The next decade will be critical for climate action if the world is to have a chance of averting a global crisis.

“We are running out of time to solve the climate crisis,” said former Vice President Al Gore. “The solutions are available and millions of global citizens are calling for action. Countdown is uniquely positioned to harness this momentum, and to mobilize the best ideas across every region of the world to confront this existential threat to humanity. As we head into a crucial year for climate action in the U.S. and globally, this effort could not be more important or more timely.”

For those interested in learning more about global climate issues, Countdown has provided a starter kit available to everyone. More information about the global collaboration and how to get involved can be found on Countdown.