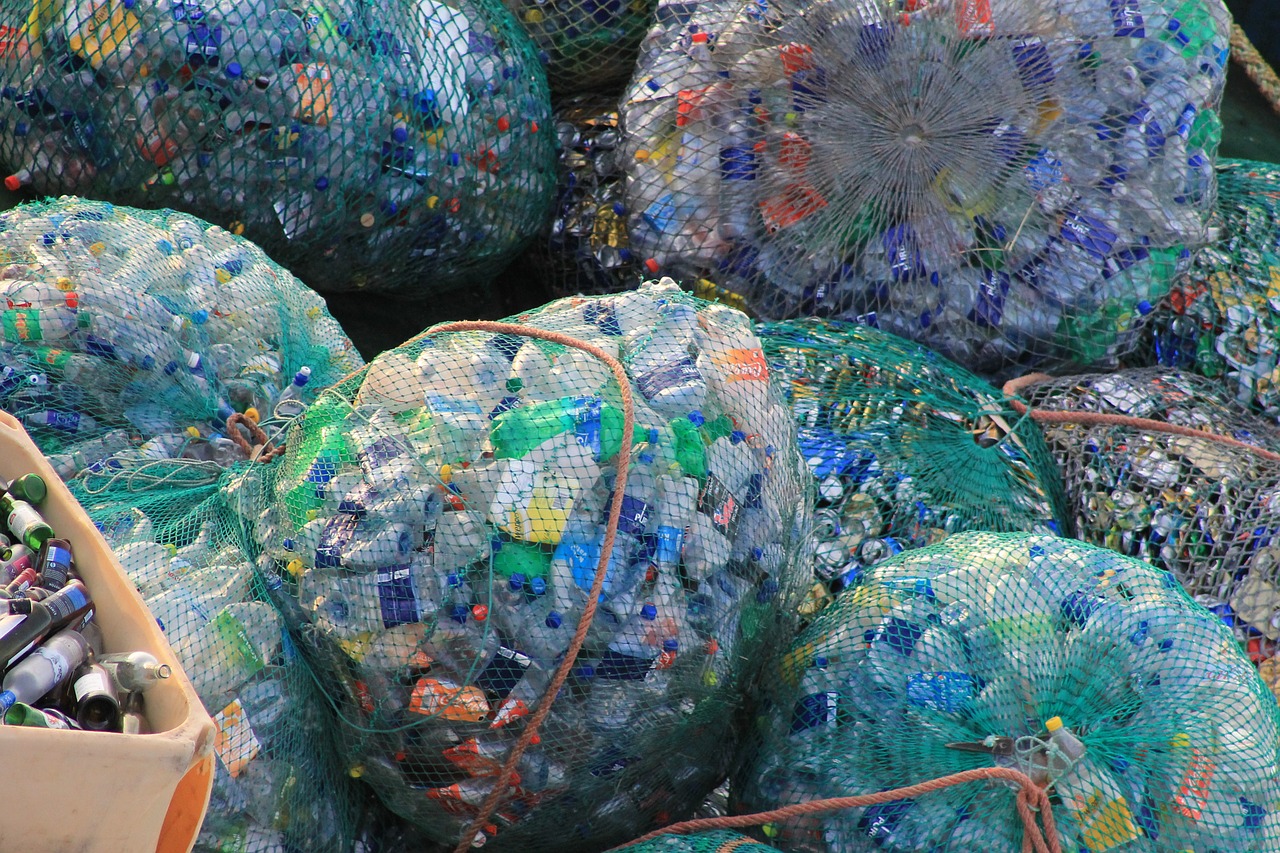 Humanity just gained a dubious new accolade. In the last year, for the first time ever, we consumed 100 billion tons of new materials. That’s according to a report released on 21 January at the World Economic Forum’s annual meeting in Davos, Switzerland.

The report was carried out by impact organization Circle Economy, which works to promote the concept of a circular economy: one that requires far fewer inputs and creates little in the way of waste by continually reusing resources. Circularity not just a matter of recycling; it requires rethinking what is extracted and consumed in the first place, and why.

As evidence mounts about the finite nature of our resources, the circular economy “is becoming a widely recognized and accepted concept,” said Janez Potočnik, co-chair at the U.N. Environment Programme’s International Resource Panel in a press statement about the report.

Right now, though, there’s a long way to go. The report reveals that in the past year, only 8.6 percent of all the minerals, fossil fuels, metals and biomass that enter the world’s economy were reused – down from 9.1 percent in 2017. “Our global engine is really stuck in reverse,” said the report’s lead author, Marc de Wit in an interview with Landscape News. “The growth rate of our extraction is really outpacing the ways we are fixing it through things like recycling.”

So what should we do? The report focuses specifically on national governments as “critical facilitators and core enablers” of a circular economy, “not because of what they have achieved in the past, but because of what they could deliver in the future.” It draws attention to the policies and roadmaps that some countries have already adopted and outlines key foci for others considering the shift.

“This report shows that no country is meeting the basic needs of its citizens while also operating within the physical boundaries of our planet,” said De Wit. “We are all developing countries. We all need to get to an ecologically safe and socially just future, but there are different pathways according to the type of challenges we face.”

As such, the report sorts the world’s countries into three categories – those that need to build, grow and shift – based on the their populations’ living standards and ecological footprints.

For ‘build’ countries, where large sectors of society don’t have their basic needs met – such as India, Nigeria and the Philippines – the report says governments should focus on building inclusive, sustainable economic systems from the ground up. This includes including circularity in construction design; supporting people who work informally in the recycling industry; using mobile technology to boost new sustainable business models; and using waste from agriculture, forests and fisheries to feed new industries. “We have to help [developing countries] avoid repeating the linear production mistakes of the rich countries,” said Anders Wijkman of climate innovation institute Climate-KIC. “If we succeed in that, there is hope for the world.”

‘Grow’ countries such as China, Brazil and Indonesia manufacture and process a large proportion of the world’s consumer goods. They also have rapidly-expanding middle classes, which are contributing to the growth in global consumption rates. According to the report, these countries’ governments can boost sustainability by designing circularity into all levels of their production processes, scaling up informal recycling, and growing the capacity and grids for renewable energy. There are already examples of this happening: for instance, in Brazil, tech company Hewlett Packard is building a zero-waste factory, and mobile phone app Cataki connects residents directly with waste collectors and recycling factories.

‘Shift’ countries such as the U.S., E.U. member states and Japan are responsible for an outsize amount of the world’s resource use; they consume, on average, ten times more resources per person than ‘build’ countries and produce high amounts of waste. Because much of what they consume is imported, the environmental impacts of resource extraction are often outsourced to ‘build’ and ‘grow’ countries. Given their disproportionate impact as well as position of privilege in the global economy, these countries must rapidly and radically change their use of resources, the report says. For example, the report suggests these countries should take the lead on innovating circular product designs, shared ownership models and renewable energy.

“We risk global disaster if we continue to treat the world’s resources as if they are limitless,” said Circle Economy’s CEO Harald Friedl. “Governments must urgently adopt circular economy solutions if we want to achieve a high quality of life for close to 10 billion people by the mid-century without destabilizing critical planetary processes.”

“Business as usual is dead,” said Peter Bakker, CEO at the World Business Council For Sustainable Development. “We must commit to taking action at scale to make the circular economy reality.”