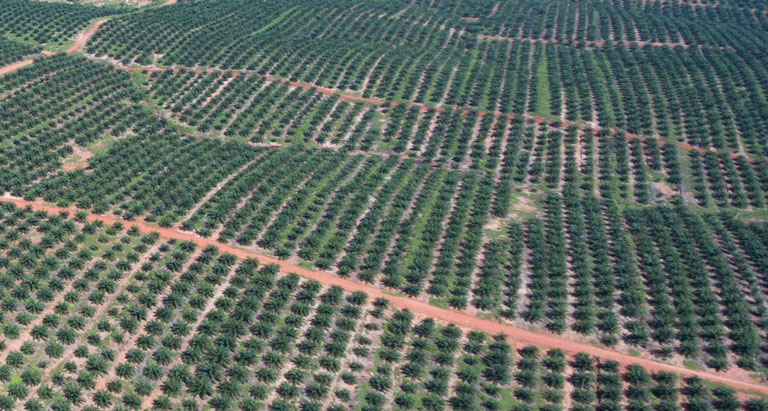 Environmental watchdogs have welcomed a zero-deforestation pledge by South Korean trading giant POSCO International with regard to its palm oil operations in Indonesia’s Papua province, following years of razing the land.

Under its “No Deforestation, No Peatland, No Exploitation” policy, or NDPE, announced on March 1, POSCO says it will prohibit new plantation development in areas of high conservation value (HCV), high carbon stock (HCS), and peatlands.

It has also promised to protect and respect the rights of local indigenous communities, assist in their economic development, and compensate for the deforestation caused by its activities in Papua.

Mighty Earth, a U.S.-based environmental advocacy group that has long campaigned against POSCO’s deforestation in Papua, welcomed the adoption of the NDPE policy.

Mighty Earth, which provided input for a draft version of the policy, said POSCO’s decision was particularly important because Papua was home to the third-largest expanse of tropical rainforest in the world, after the Amazon and the Congo Basin, but had quickly become “the next frontier for palm oil and agribusiness expansion in Indonesia.”

Compensation for legacy of harm

While other palm oil, pulpwood and logging companies operating in Indonesia have also adopted NDPE policies, POSCO’s is different in that it commits to compensating for environmental damage that has already been done.

“Such a pledge is, unfortunately, still rare in the industry, and could set an important precedent if POSCO International follows through,” Lapidus said.

POSCO, through its subsidiary PT Bio Inti Agrindo (BIA), started operating a 342-square-kilometer (132-square-mile) palm oil plantation in Papua’s Merauke district in 2011. Mapping analysis by Mighty Earth showed that more than half of the concession — 190 km2 (73 mi2), an area more than triple the size of Manhattan — comprised primary forest.

By 2018, much of that primary forest — 150 km2 (58 mi2) — was gone, cleared to make way for oil palms, according to the Mighty Earth analysis using data published by the Indonesian Ministry of Environment and Forestry. In total, BIA cleared 270 km2 (104 mi2) of rainforest for its plantation between 2012 and 2018, representing 80% of the total concession area, according to the analysis.

That includes the Yawontop forest in Merauke, the ancestral home of the Malind and Wambon Tekamerop indigenous tribes, which was bulldozed last December by operators for BIA. In addition to its cultural importance, the forest had been recognized by ecologists as an area of high conservation value.

Divesting and digging in

BIA’s forest clearing and disputes with local communities placed POSCO under intense scrutiny from green groups like Mighty Earth, resulting in some of its high-profile business partners cutting ties with POSCO.

Norway’s sovereign pension fund and its Dutch counterpart, the ABP, have both divested from POSCO on the grounds of deforestation. But two South Korean public financial institutions — the Korean National Pension Service (NPS) and the Export-Import Bank of Korea (KEXIM) — continue to finance POSCO. The NPS holds a more than 5% stake in POSCO, while KEXIM has provided loans for BIA’s operations.

Last December, NGOs from Indonesia and South Korea filed a complaint with South Korea’s National Contact Point (NCP) at the Organization for Economic Cooperation and Development (OECD) against POSCO, the NPS and KEXIM.

These impacts include large-scale deforestation of tropical rainforest and loss of biodiversity, as well as the pollution of the Bian River, resulting in residents not being able to use the water from the river for their daily activities or drinking.

“Daily life has been made particularly difficult for local residents by the now polluted river water,” said Anselmus Amo, a pastor and the director of SKP KAMe. “However, local residents do not know where to go to raise these issues.”

In its latest announcement, POSCO said it would soon publish the full version of its NDPE policy and an implementation plan on its website. It said it would also publish annual progress reports.

Mighty Earth’s Lapidus called for real action by the company, saying the NDPE policy would be meaningless “until we see substantial positive changes on the ground in Papua.”

“Given that most of the concession area has already been cleared, it is critical that the company genuinely remediates for the impacts of its deforestation,” she said. “It must also prioritize responding to the concerns raised by affected local communities, including issues of land rights and water pollution.”