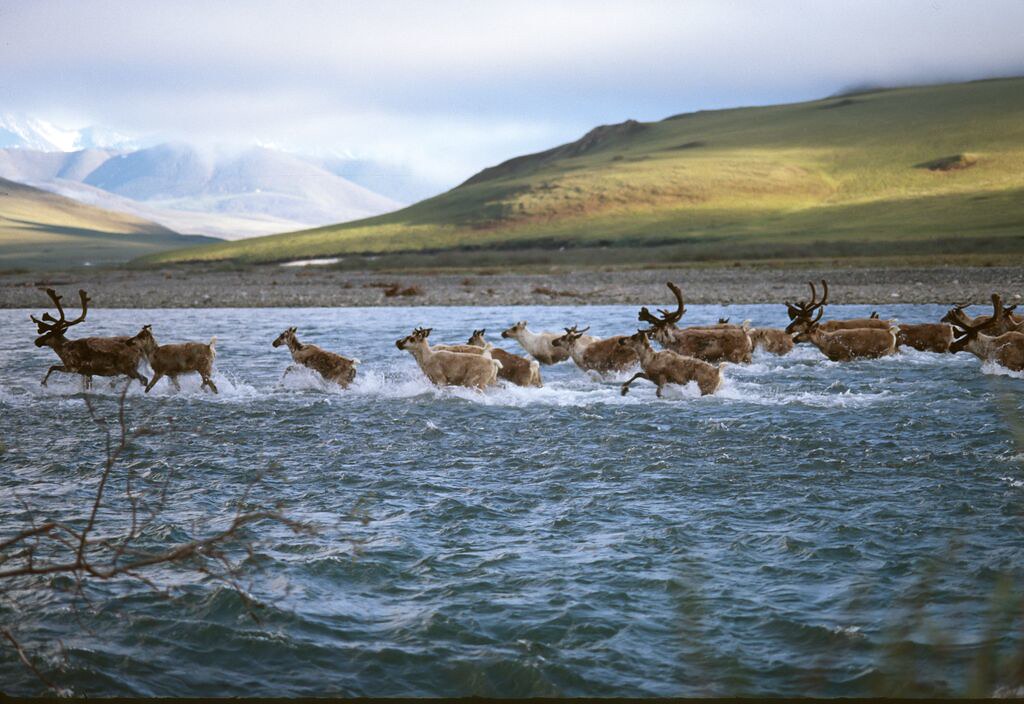 JPMorgan Chase and Wells Fargo will no longer fund oil and gas drilling in the Arctic, including the Arctic National Wildlife Refuge.

The announcements come on the heels of similar commitments made by Goldman Sachs and BlackRock.

JPMorgan Chase became the first major U.S. bank to place a prohibition on financing any sort of gas development, according to the Rainforest Action Network (RAN). Chase is the world’s largest banker of fossil fuels. The banking giant provided $196 billion in financing to fossil fuel companies between 2016 and 2018.

“The country’s largest bank, and the world’s largest banker of fossil fuels, is walking away from funding Arctic drilling should send a powerful message to the rest of the financial sector and to oil companies that drilling in the Arctic Refuge is a toxic investment,” said Ben Cushing, Sierra Club campaign representative.

The updated policy also rules out financing for new thermal coal mines and coal-fired power projects. Chase will no longer directly finance coal plants without carbon capture and storage and will not refinance existing plants. However, by only prohibiting direct financing, Chase has left a loophole that may allow companies to build new coal-fired plants if they are being built without project-specific financing. Additionally, companies could still secure funding for coal power if they utilize carbon capture and storage technology.

Carbon capture and storage (CCS) is an emerging technology and has not been proven at scale. Scientists estimate that CCS could capture between 85-95 percent of a coal plant’s CO2 emissions, but it is a costly and energy-intensive process. The amount of CO2 captured has not been proven consistent and can vary whether CCS is apart of the original plant design or if it is an added retrofit.

Low and zero carbon technologies are less expensive, easier to mass-produce, and can be manufactured and installed in a shorter amount of time. Coal with CCS plants are projected to cost two to three times more than “new onshore wind, utility scale solar, geothermal, and hydropower projects, not including tax incentives.”

“In the context of the climate emergency, the biggest fossil bank in the world — by a 29 percent margin — has a unique responsibility to phase out its climate impact. Today’s policy does not meet that responsibility,” said Jason Opeña Disterhoft, Climate and Energy Senior Campaigner at Rainforest Action Network.

“That said, the measures that JPMorgan Chase took today are steps forward. For the world’s biggest banker of Arctic oil and gas to stop funding new fossil fuel projects in the region adds to the growing signal that the Arctic is a no-go zone for fossil expansion. These measures are a continued credit to the power of the advocacy by the Gwich’in Steering Committee and their allies, who have been organizing for years to defend the Arctic Refuge from fossil fuel development. And Wall Street’s biggest coal mining banker setting an aggressive exit date on some major miners will accelerate coal becoming unbankable.”

The Gwich’in have long advocated for the protection of the Arctic Refuge. Drilling in the Arctic Refuge threatens the calving grounds of the Porcupine Caribou herd, a crucial source of subsistence for the Gwich’in. According to the Gwich’in Steering Committee, more than 9,000 Gwich’in people make their home along the migratory route of the herd.

Members of the Gwich’in Steering Committee have frequently traveled to Washington, D.C. to meet with legislators to appeal drilling on their lands.

Gwich’in Steering Committee leaders have also met with representatives from major banks, urging them to recognize the threat fossil fuel operations pose to the Arctic National Wildlife Refuge and implore them to take action. Since December, three of the top six banks in the U.S. have prohibited funding for Arctic drilling.

“For years, we have been speaking out about the need to keep drill rigs out of our sacred lands in the Arctic Refuge, and it’s amazing that a growing number of major banks are listening,” said Bernadette Demientieff, Gwich’in Steering Committee Executive Director. “The Arctic Refuge is critical to our people’s food security and way of life. Our human rights will not be dismissed. The fight to protect this place is far from over, and we will continue to hold accountable any bank, oil company, or politician that seeks to benefit from its destruction.”

Former Bank of England Governor and UN Special Envoy for Climate Action and Finance, Mark Carney, has warned that the financial sector is not divesting from fossil fuels quickly enough. Since the adoption of the Paris Climate Accord, bank financing for fossil fuels has increased. Thirty-three global banks are responsible for $1.9 trillion in fossil fuel financing since 2016. Carney has shared that companies and industries that fail to adapt to and recognize risks posed by the climate crisis would cease to exist.

The updated policies from two of the largest banks in the U.S. signal that the banking giants are beginning to recognize that if they want to survive, they will need to shift away from fossil fuels and toward sustainable alternatives.

While the updated policies should be celebrated, much more needs to be done to tackle the climate crisis. The world’s banks have a unique opportunity to demonstrate climate leadership ahead of COP26 in Glasgow later this year.