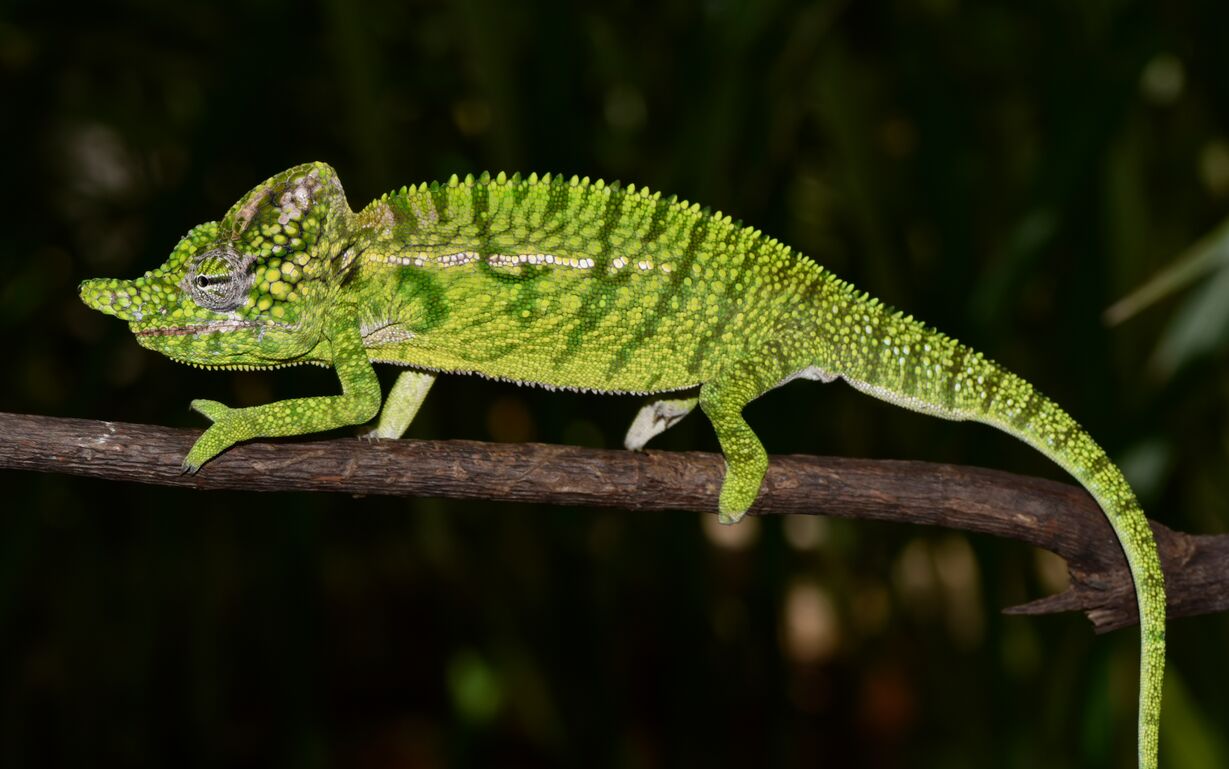 Scientists have rediscovered a “lost” species of chameleon. During a two-week expedition in Madagascar, a team of scientists successfully rediscovered the Voeltzkow’s chameleon. The expedition took place in 2018 but its findings were only recently announced in a research paper published in the journal Salamandra.

The chameleon, listed on the Global Wildlife Conservation’s top 25 “most wanted” lost species, was last seen in 1913. The expedition team searched the forests of northwestern Madagascar to find the elusive species. However, the search for the species proved more difficult than the team initially anticipated.

“I thought we might have a good chance of rediscovering Voeltzkow’s chameleon, but I was surprised that it took so long and that it was so difficult,” said Frank Glaw, Head of the Department of Vertebrates at the Zoologische Staatssammlung München, who led the expedition. “Our efforts were entirely unsuccessful during most of the trip to find it where we thought it would most likely be.”

Voeltzkow’s chameleons have short lifespans. The species typically live only four to five months after hatching, which left the team with a limited period of time to find adult specimens.

The hotel owner told the researchers that a “much higher density” of the species could be seen during peak rainy season. The researchers believe that the species may qualify as endangered because its “populations are expected to be severely fragmented” and should be assessed for the IUCN Red List.

“The Voeltzkow’s chameleon is a powerful flagship species for conservation in the region,” said Carlos Zanotelli, CEO of chameleon asset management ltd and member of the expedition team. “It is imperative that we protect nature and treat natural habitats as if we would like to live there. Only in this way can we ensure the future of the incredible species, like the Voeltzkow’s chameleon, we share this planet with.”

Voeltzkow’s chameleon is the sixth species of the Global Wildlife Conservation’s 25 “most wanted” lost species to be rediscovered. Other rediscoveries include Jackson’s climbing salamander, Wallace’s giant bee, and the silver-backed chevrotain.