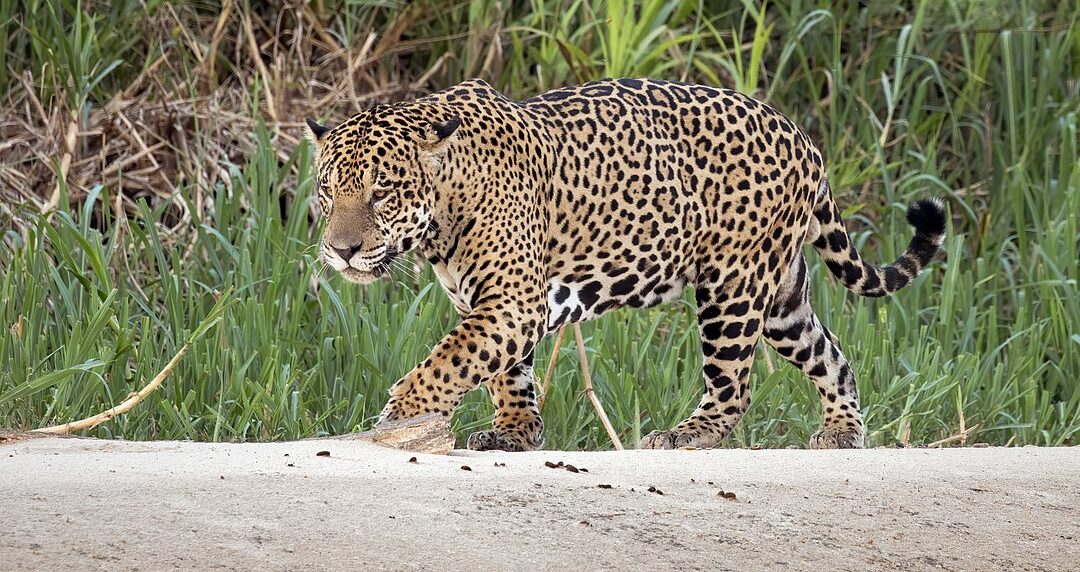 In the tropical forest surrounding Alter do Chão, a Brazilian town located on a languid stretch of the Amazon River and home to what is considered one of the most beautiful freshwater beaches in the world, monkeys, macaws, agoutis and armadillos co-habit in relative harmony.

About 33 kilometers west of the city of Santarém in Pará state, life’s slow pace in the village has long been a draw for weekend trippers and foreign tourists alike. But Alter do Chão and its surroundings, increasingly threatened by illegal loggers and poachers, is also a base for what may be one of the most innovative nonprofit organizations fighting animal trafficking in Brazil.

“Wildlife trafficking is a real tragedy for Brazil’s biodiversity,” says Dener Giovanini, the Alter do Chão-based co-founder of the National Network Combating Wild Animal Trafficking (RENCTAS). “The number of endangered species in Brazil has grown exponentially in just over 20 years. I am not afraid to claim that today any wild species can be a victim of trafficking.”

According to Giovanini, RENCTAS was the first environmental organization in Brazil to use the internet in a major way as a tool to combat the illegal wildlife trade. Founded in 1999, after Giovanini was awarded a three-year fellowship from the US-based foundation Ashoka, RENCTAS made a name for itself by logging its first legal complaint regarding the use of the internet by animal traffickers in Brazil. In its first year, the NGO identified nearly 6,000 ads featuring the illegal sale of animals on major e-commerce platforms. By 2019, it reported a staggering 3.5 million advertisements for the illegal wildlife trade on social networks.

“These data unfortunately prove that we were right in our initial concerns all those years ago,” says Giovanini. “The internet is the great ally of poachers and it is the new frontier in the war against wildlife traffickers.” Clearly, the anonymity and global reach that social media offers makes it ideal for perpetrating the trade, and also for targeting the criminals pursuing it.

Over time, RENCTAS has come to be recognized for its efforts in not only tracking the activities of traffickers on social networks such as Facebook and WhatsApp, but also for helping communities in regions where poaching is a serious issue to develop alternative income streams such as ecotourism, and for promoting awareness among local leaders of the damaging effects that trafficking can have on biodiversity. RENCTAS regularly passes on the data it gathers about wildlife trafficking to law enforcement authorities, Giovanini says. In the 20+ years since it launched, its team has trained more than 7,000 public officials involved in environmental inspections.

“RENCTAS has provided elegant services to the world of biodiversity, made incredible partnerships with the federal police, and made greater awareness of the traffic of wild animals in Brazil,” says José Sarney Filho, who was twice Brazilian Minister of the Environment and who awarded Giovanini the National Congressional Medal for his efforts.

In 2001, RENCTAS published its groundbreaking First National Report on the Traffic of Wild Animals in which, among other data, it revealed that traffickers take some 38 million animal specimens from nature each year in Brazil alone — and that’s not counting tropical fish or invertebrates. That horrific tally included one million caimans illegally captured every year in Brazil’s Pantanal wetlands, with the skins smuggled to neighboring countries where they were then processed and shipped on with false documentation to other nations.

The NGO’s unique online research methodology for spying on the trade was further recognized in 2003 when Giovanini won a top award from the United Nations Environment Programme (UNEP), and was praised by the body for his “innovative approach to curbing illegal wildlife trafficking [that] has become a model not only in Latin America, but also for the rest of the developing world.” The award citation congratulated the organization, noting that “creative solutions to one of the world’s biggest illegal trades can only succeed if the root cause — namely poverty — is also tackled.”

Early on, RENCTAS identified the internet not only as a chief medium for trafficking, but also as a means for detecting it all along its shadowy supply chain. Winthrop Carty, a former associate director of the Ash Center for Democratic Governance and Innovation at Harvard University’s Kennedy School of Government, co-authored a study looking into the NGO in 2006.

“RENCTAS was radically different to any other organization I had seen: they were crowdsourcing before the term existed or was widely known,” Carty says. “Through their online citizen reporting mechanism, they were able to aggregate data to reveal and understand the global supply chain for illegal animal trafficking and then leverage that information not only for law enforcement but policy change. At the time, in the early 2000s, this was striking. It was a fascinating marriage between activism, technology and government on a global scale.”

Today, RENCTAS operates with a team of just six permanent, full-time employees, with its main headquarters in the capital, Brasilia. It receives no funding from the Brazilian government, but continues to work across key biomes including the vast Amazon rainforest along with the Cerrado savanna, which covers more than a fifth of Brazil’s territory.

Giovanini says the nonprofit has not only gathered more than three million trafficking messages on Facebook and WhatsApp, but it has also collated data from some 200 animal trafficking organizations, this year alone. “It contains everything you could imagine,” he says. “Everything from turtle’s eggs to lionhead monkeys.” One past RENCTAS study found that 40 percent of Brazil’s estimated 400 criminal rings smuggling animals are also involved in drug trafficking and other criminal activities.

Of the approximately 38 million animals removed from Brazil every year, RENCTAS estimates that only roughly 1 in 10 will ever reach the final consumer — the rest die during capture or in transit, suffering the shock of being ripped from their natural home, starved and abused. The Amazon and Cerrado are the preferred biomes for Brazil’s traffickers, says Giovanini, with primates, reptiles, amphibians, felines and insects among the most targeted groups. He especially cites the example of delicate Brazilian butterflies, captured and fated to decorate colorful polyurethaned toilet lids.

Giovanini says his most recent research has found two species particularly in demand: the double-collared seedeater (Sporophila caerulescens), a small, finch-like songbird with a yellow bill that thrives in the southern Cerrado; and the white-cheeked spider monkey (Ateles marginatus), found across the Amazon basin. “We have seen a lot of them being traded in these online groups,” he says. “If the trafficking continues, it could devastate their populations.”

More recently, RENCTAS has sought to strengthen its international collaboration in the fight against wildlife crime. Sergio Henriques, chair of the IUCN’s Spider and Scorpion Specialist Group and a researcher at London’s Institute of Zoology, has been working with the organization to monitor Brazil’s online spider trade, in particular the trafficking of tarantulas in the Typhochlaena genus.

“The work RENCTAS does on the ground is what allows international researchers like myself, to get a much more accurate understanding of the realities of these conservation challenges,” Henriques says. “They were very accessible from day one, and showed a concern and commitment to the conservation of all wildlife, regardless of looks or size.”

However, Henriques worries that a “crippling lack of funding” for the NGO is an issue, and could hinder further success. “I strongly feel RENCTAS is perfectly positioned to test several conservation approaches, address unanswered scientific questions, conduct more conservation work, and overall tackle many more issues at a larger scale, if they were suitably funded,” he concluded.

RENCTAS prefers keeping its independence and distance from national government, so remains limited in its funding streams. “RENCTAS does not accept any financial resource from the Brazilian government as our independence is a priority for us,” says Giovanini. “We exist based on donations and we really need people’s support to continue our work.”

The work of RENCTAS is more important now than ever: The NGO not only protects animals via its Herculean social media tracking efforts. Scientists worldwide warn that the illegal trade that is draining the Amazon and Cerrado of wildlife, also can spread dangerous zoonotic diseases, with animals shipped out of Brazil a potential source of the world’s next global pandemic.