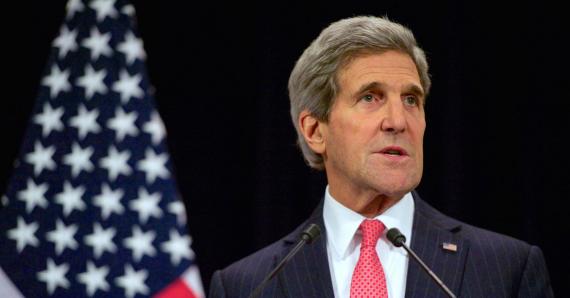 One of the leading architects of the Paris Climate Agreement is returning to government to combat climate change. U.S. President-elect Joe Biden has named former Secretary of State John Kerry as the Special Presidential Envoy for Climate.

John Kerry served as the 68th Secretary of State and signed the historic climate agreement on behalf of the United States in 2016.

The United States, the world’s second-largest emitter, officially withdrew from the Paris Agreement on November 4th after beginning the process in 2019, becoming the first nation to leave the global climate accord.

However, despite the recent departure, the United States is set to return in the new year. President-elect Joe Biden has pledged to recommit the U.S. to the climate accord on his first day in office.

“For the first time ever, there will be a principal on the National Security Council who will make sure climate change is on the agenda in the Situation Room,” said Biden.

The former Secretary of State has been a longtime environmental advocate who has “elevated environmental challenges as diplomatic priorities, from oceans to hydrofluorocarbons,” said the Biden transition team.

In 2019, Kerry joined forces with former California Governor Arnold Schwarzenegger to launch World War Zero, a coalition created to fight climate change and inspire global action. The bipartisan coalition has brought together democrats, republicans, independents, diplomats, generals, and more in an effort to mobilize people around the globe, with a special focus on the United States where climate change has been a polarized topic among politicians.

“The work we began with the Paris Agreement is far from done. I’m returning to government to get America back on track to address the biggest challenge of this generation and those that will follow. The climate crisis demands nothing less than all hands on deck,” said Kerry.

“The president-elect is right to rejoin the Paris Agreement on Day One. And he is right to recognize that Paris alone is not enough. At the global meeting in Glasgow one year from now, all nations must raise ambition together, or we will all fail together. And failure is not an option,” he added.