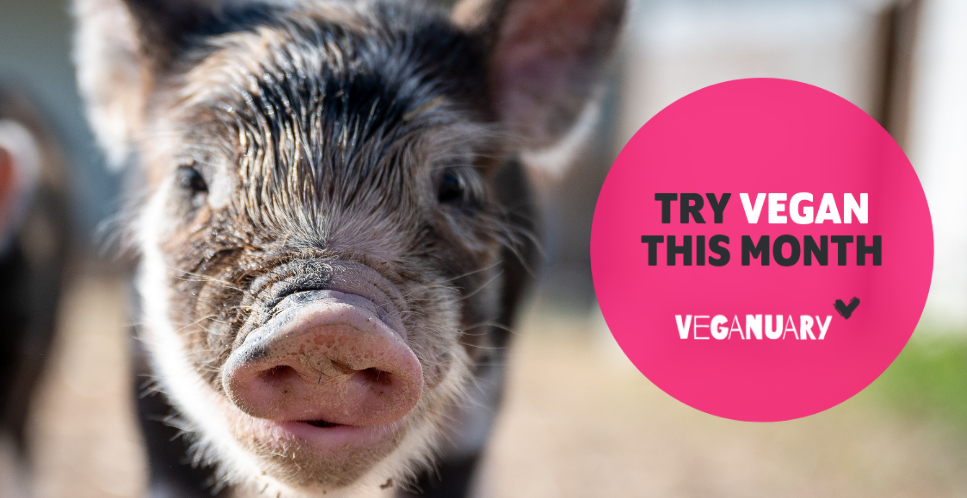 International superstars, politicians, NGOs, and businesses have come together in a global campaign calling on people to kick off 2021 by going vegan for January. Jane Goodall, Sir Paul McCartney, Evanna Lynch, and more than 100 influential figures signed an open letter urging people to change their diet and sign up for the 31-day Veganuary challenge in an effort to combat climate change and prevent future pandemics.

Animal agriculture is a leading cause of the global climate crisis, responsible for more than 14 percent of all anthropogenic greenhouse gas emissions. In total, the industry emits over seven gigatonnes of carbon dioxide each year, with beef and cattle milk production accounting for most of the emissions.

Billions of animals are slaughtered each year for human consumption. The widespread production and consumption of meat and dairy products have been detrimental for the planet, increasing land degradation and deforestation.

Industrial meat production has been linked to devastating deforestation in the world’s most vital forests. Forests are cleared to create space for animal feed crops such as soya.

“More than one billion tonnes of food must be grown to feed the billions of animals we farm– far more than is needed if people were to eat plants. That farmland has to come from somewhere, and all too often it is taken from the wild,” says the joint letter.

“Despite all of our recycling, energy-saving, and water conservation (all of which are great), most people still don’t know that they can have the greatest impact on our precious Planet Earth by adopting a plant-based diet,” said Alicia Silverstone, actor and Veganuary supporter.

Founded in 2014, Veganuary aims to empower consumers to drive positive change through their dietary choices and purchases. The UK-based organization provides participants with a myriad of resources to support their transition to veganism.

Since its launch in 2014, more than one million people have taken the 31-day challenge. Together, the participants saved 103,840 tonnes of CO2eq, 6.2 million liters of water, and spared 3.4 million animals, the organization reported.

More than 440,000 people have pledged to go vegan for the month of January thus far, and that number continues to grow.

“2020 brought much hardship and heartbreak, but it has also given us an opportunity to change and build a better future,” said Toni Vernelli, Veganuary’s International Head of Communications. “Veganuary offers people a way to take positive action to protect our health and our planet, as well as help prevent future pandemics. The huge response we’ve had this year shows it’s exactly what many people need right now.”