advertisement
Home World Climate Change: What G7 Leaders Could Have Said – But Didn’t 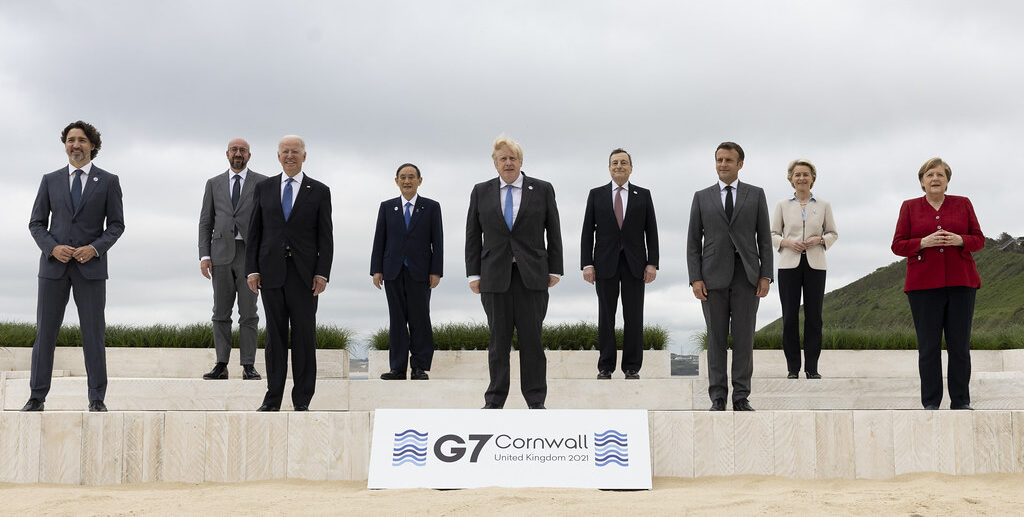 The four-day G7 summit in Cornwall ended with little cause for celebration from anyone worried about climate change. Most of the pledges that emerged were relatively old news, with the UK repeating its promise of £500 million for ocean conservation efforts and the group reaffirming its commitment to end support for coal production abroad.

The leaders of (supposedly) the world’s richest democracies failed again to agree to new funding to help poorer parts of the world invest in green technology and adapt to extreme weather.

But more interesting than these pledges and non-pledges were the things that weren’t mentioned at all. One of the greatest unmentionables at climate summit after climate summit is just how badly we keep track of contributions to global warming.

It’s the elephant in the room at any gathering where the leaders of rich countries discuss climate change: historical responsibility. Everyone knows that G7 nations have contributed disproportionately to the global warming that has already happened. But exactly how much more?

If you search online for which country has caused most global warming, you find a list of how much countries emit each year. Delve deeper, and the next thing you find is how much they have reduced their emissions since 1990. This flatters mature economies, whose emissions are declining. But for carbon dioxide – the effects of which last almost indefinitely (and to an only slightly lesser degree, nitrous oxide, a byproduct of fertiliser production and use) – it’s accumulated emissions over time that determine a country’s contribution to global warming, not emissions in any given year.

Brazil promoted an effort to quantify country-level contributions to global warming in the 2000s, but it was quietly allowed to die. At present, the United Nations Framework Convention on Climate Change (UNFCCC), the main forum for international climate action, only requires countries to report their contributions to emissions, not warming. And everyone else, from corporations to personal carbon footprint calculators, follows suit.

“Isn’t that the same thing?” you might ask. Sadly, no. The method the UNFCCC has settled on to report emissions reflects their effect on the balance between the energy the Earth absorbs from the Sun and the energy it emits back into space over the 100 years after the date of the emission. This is somewhat related to their effect on global temperature, but it is a very long way from the same thing.

For emissions that accumulate in the atmosphere over decades to centuries, like carbon dioxide and nitrous oxide, the distinction doesn’t matter. But for methane, and a host of other climate pollutants that persist from only a few days to a couple of decades, it matters a lot. Any country contemplating setting up a fracking industry (notorious for leaking methane) can be quietly confident that it will be 100 years before the warming effect of their fugitive methane emissions will be accurately reflected in their reports to the UNFCCC.

Landing the plane with one eye shut

In the Paris Agreement, the world set itself a very ambitious goal. The headline goal is not about emissions, but to limit the rise in global average temperature to “well below 2°C”, pursuing efforts to limit warming to 1.5°C if possible.

That’s a good thing. By and large, the effects of climate change depend on how much we warm the planet overall, not warming by any given date, or the rate of emissions and warming at any given time, and certainly not planetary energy imbalance summed over an arbitrary time horizon. But right now, it is impossible to take stock of progress towards this temperature goal because countries, in their plans for 2030 and beyond, only report aggregate emissions using this rather odd accounting system that doesn’t reflect the effect of these emissions on global temperature.

If rich countries like the G7 are serious about stopping global warming, a good start might be clarifying who and what is causing it. There is no prospect of the UNFCCC changing its accounting system, but it does allow countries to report additional information if they deem it relevant.

And what could be more relevant than actual contributions to global warming? At COP26, the Glasgow climate conference in November 2021, the G7 nations could step up and declare they will henceforth report, in addition to their emissions, how much warming they have caused already, how much they continue to cause, and how much they propose to cause in future.

All the information exists. Warming contributions can be calculated using precisely the same formulae used for the UNFCCC’s own emissions reporting. It is simply a matter of putting the numbers out there and encouraging everyone else to do the same.

This isn’t just about outing the guilty rich. Acknowledging what is causing warming should focus minds on what it will take to stop it. And if we add up the G7’s planned contributions to future warming – never mind the contributions from China, India and the rest – it will soon become clear that we don’t just need to stop causing global warming as soon as possible, but we also need to be able to reverse it by taking carbon dioxide back out of the atmosphere and storing it, safely and permanently, somewhere else. Which is another topic they prefer to avoid at climate summits.