Re:wild and Shoal have set out to rediscover elusive fish species around the globe.

The wildlife conservation organizations have launched a Search for Lost Fishes in an effort to find species that have not had any recorded sightings in more than a decade but have not yet been declared extinct.

The Search for List Fishes is an extension of Re:wild’s Search for Lost Species campaign. Launched in 2017, the campaign aims to find and protect species that have not been seen in the wild in decades. With the help of more than 100 scientists, Re:wild has developed a list of 1,200 species of plants and animals that are missing to science. From the extensive list, Re:wild created its top 25 “most wanted” species list. Since the start of the campaign, seven species have been rediscovered, including Wallace’s giant bee, Voeltzkow’s chameleon, and the silver-backed chevrotain.

Re:wild and Shoal have compiled a list of the ten “most wanted” freshwater fish species for the Search for Lost Fishes. The species were chosen from a master list of more than 300 species created by the IUCN-SSC Freshwater Fish Specialist Group.

“The Search for Lost Fishes campaign is incredibly exciting,” said Mike Baltzer, Executive Director of Shoal. “While the project is driven by science and is aimed to give these species the best possible chance of survival, it also has a strong element of mystery and adventure about it. These species have amazing back stories, were all known from incredible locations and are still much loved by the local people. They are just as keen to find them as we are.”

The Search for Lost Fishes will begin with the fat catfish (Rhizosomichthys totae) in Colombia and is anticipated to take place in July.

Listed as Critically Endangered by the IUCN Red List, the fat catfish was last seen in 1957. The disappearance of the species is thought to be from the release of 100,000 imported rainbow trout eggs into Lake Tota in 1936, according to Shoal. However, this claim has been disputed.

The search for the lost catfish will involve interviewing the local communities, live-trapping and releasing fish, and utilizing environmental DNA (eDNA) methods. To detect whether or not the fish may be in Lake Tota, the expedition team will take water samples to search for traces of DNA left behind by the fat catfish. Positive eDNA samples would provide the expedition team with proof that the species may still reside in the lake.

“If the fat catfish still survives, it will be one of the rarest fish in the world,” said Dr. Barney Long, Senior Director of Conservation Strategies at Re:wild. “There have only ever been 10 specimens found, so if the expedition does find the fat catfish, it would be hugely exciting. Also, one question may finally get answered; why is it so fat? There is no other fish in the world like it and it has been one of the mysteries of ichthyology for years.” 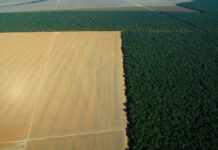 Amazonian Deforestation Could Cost Brazilian Agribusiness Hundreds of Billions by 2050 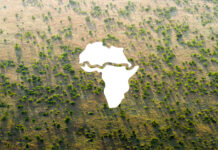