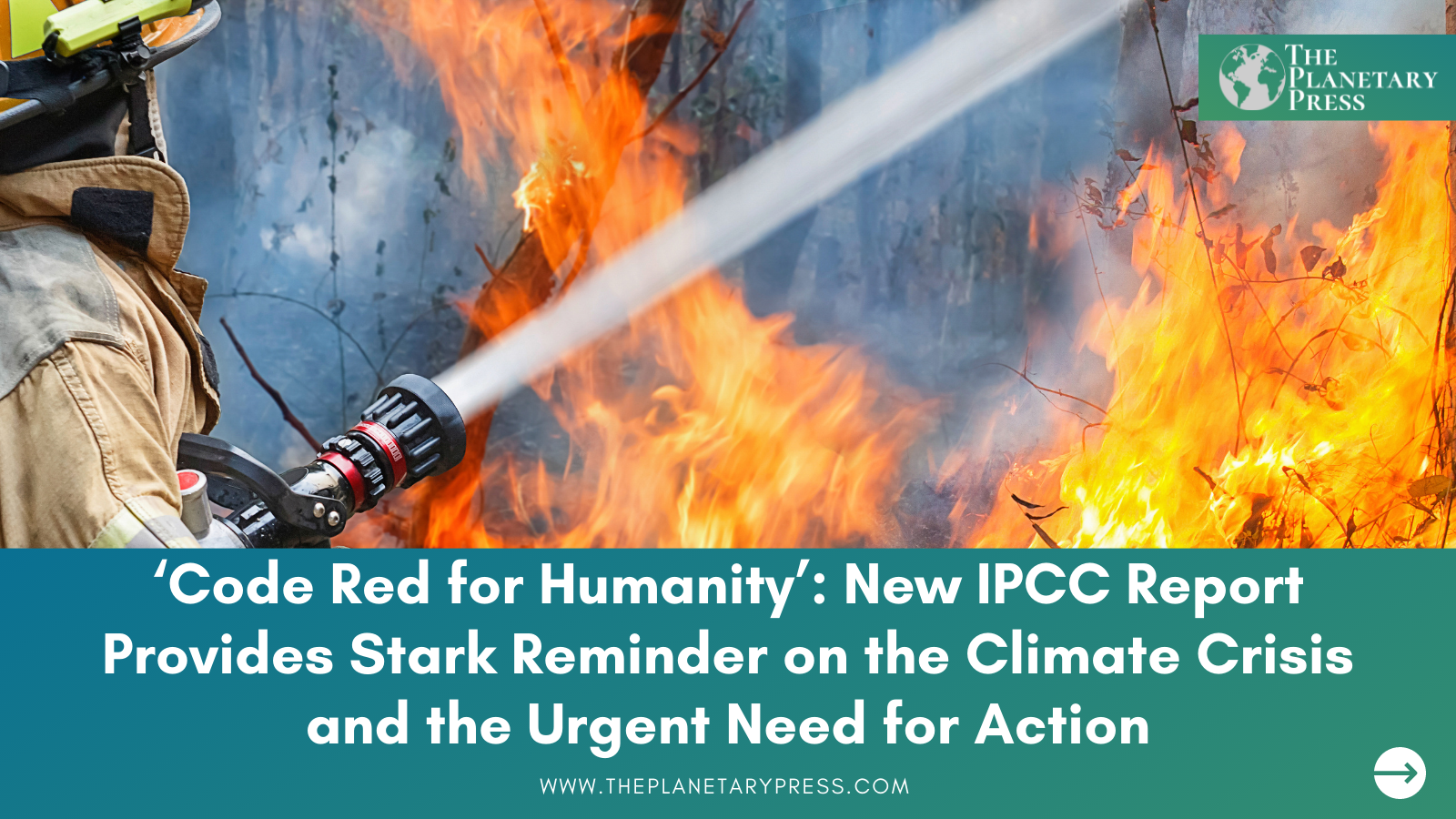 Humankind has caused unprecedented warming and irreversibly altered the planet, according to a new report from the Intergovernmental Panel on Climate Change (IPCC).

The report is the first installment of the IPCC’s Sixth Assessment Report, which is scheduled to be completed next year.

The landmark assessment provides an updated look at our warming planet and builds on previous IPCC assessments. The IPCC has provided consistent, comprehensive reports on climate change since 1990.

Changes in the climate are being observed in every region of the world. The report notes that the evidence of extremes such as heatwaves, heavy precipitation, droughts, and tropical cyclones has strengthened since the publication of the IPCC Fifth Assessment Report in 2014.

Globally, temperatures have already risen 1.2°C and continue to rise. Historically, human activities have been the main driver of this rise. The report found that human activities are responsible for approximately 1.1°C of warming since 1850-1900.

The latest installment serves as a sobering reminder of the severity of the climate crisis and the future we face if ambitious action is not taken soon.

The world has already witnessed severe drought, record heatwaves, and devastating wildfires in the last year.

Australia captured the world’s attention as bushfires raged across the country during the 2019-2020 bushfire season. During the bushfire crisis, more than 17 million hectares burned, and an estimated three billion animals were killed or displaced.

Additionally, massive flooding events across Europe, India, and China have made global headlines this year.

The report warns that at 1.5°C global warming, heavy precipitation and flooding are projected to increase in frequency and intensity in most regions in Africa, Asia, North America, and Europe.

UNEP Executive Director, Inger Andersen, noted that the IPCC has sounded the alarm regarding the dangers of climate change for more than 30 years.

“The world listened, but it didn’t hear. The world listened, but it didn’t act strongly enough. As a result, climate change is a problem that is here, now. Nobody is safe. And it is getting worse faster,” stated Andersen. “We must treat climate change as an immediate threat, just as we must treat the connected crises of nature and biodiversity loss, and pollution and waste, as immediate threats.”

“The alarm bells are deafening, and the evidence is irrefutable: greenhouse gas emissions from fossil fuel burning and deforestation are choking our planet and putting billions of people at immediate risk. Global heating is affecting every region on Earth, with many of the changes becoming irreversible,” said Guterres.

While the report provides a stark warning to the global community, it also offers a glimmer of hope, albeit fleeting. We could still meet the Paris Agreement target of limiting global temperature rise to 1.5°C, but it would require urgent, concrete action. The report notes that substantial and sustained reductions of carbon dioxide and other greenhouse gases would limit climate change.

In addition to limiting further climate change, reductions in greenhouse gas emissions would also improve air quality. The report states that improvements in air quality would happen quickly, but it could take 20 to 30 years for global temperatures to stabilize.

“This is a stark assessment of the frightening future that awaits us if we fail to act. With the world on the brink of irreversible harm, every fraction of a degree of warming matters to limit the dangers of climate change,” said Dr. Stephen Cornelius, Chief Adviser: Climate Change and WWF global lead on the IPCC. “It is clear that keeping global warming to 1.5°C is hugely challenging and can only be done if urgent action is taken globally to reduce greenhouse gas emissions and protect and restore nature.”

There are less than 100 days left until COP26 in Glasgow. The UNFCCC and the UK Government aim for COP26 to be the most ambitious and inclusive climate talks in the conference’s history. For this to happen, it is imperative that world leaders take notice of this landmark assessment and enhance their nations’ Nationally Determined Contributions (NDCs) accordingly.

“The viability of our societies depends on leaders from government, business, and civil society uniting behind policies, actions, and investments that will limit temperature rise to 1.5 degrees Celsius,” said UN Secretary-General Guterres. “We owe this to the entire human family, especially the poorest and most vulnerable communities and nations that are the hardest hit despite being least responsible for today’s climate emergency.”