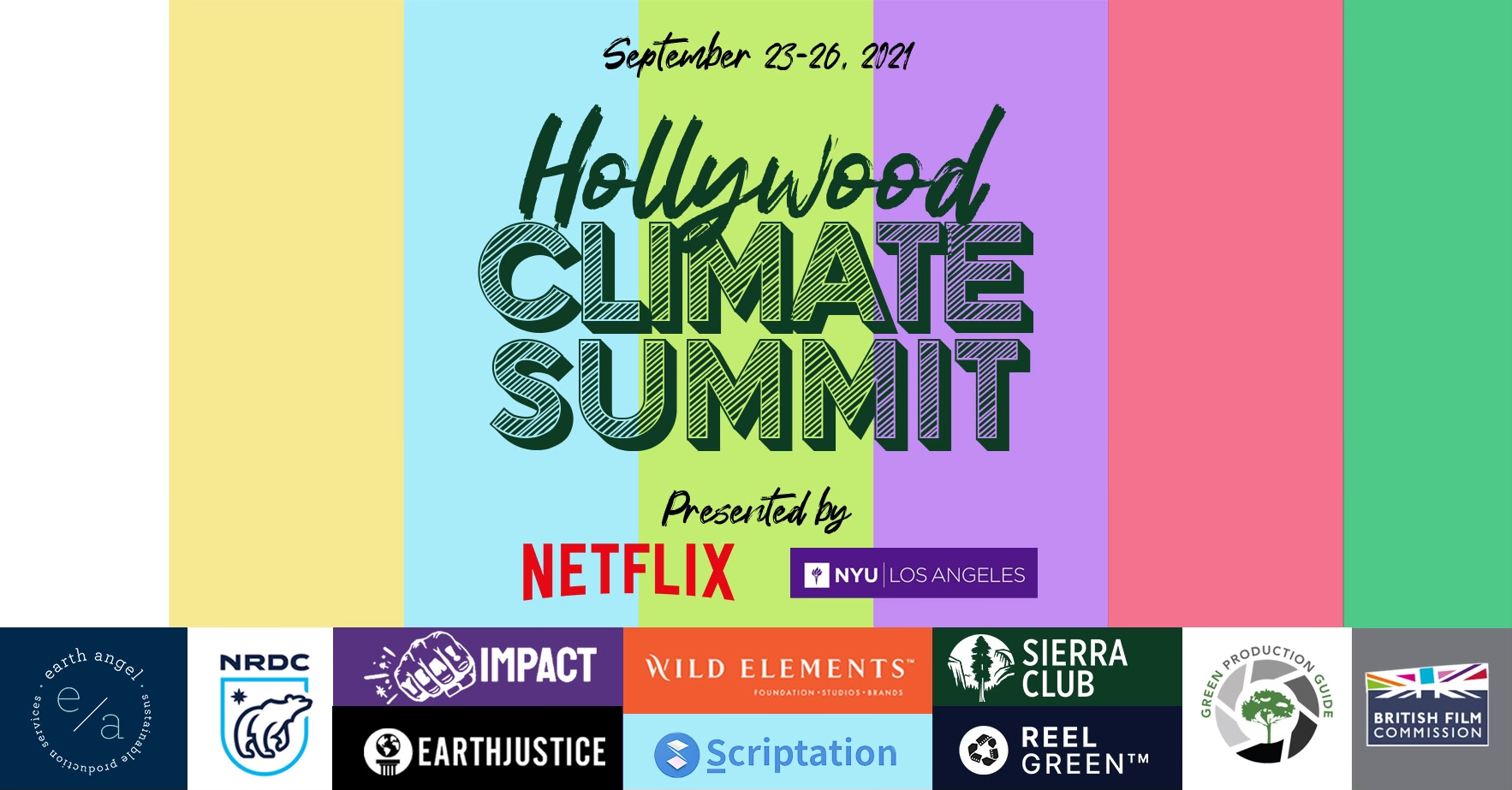 The entertainment industry is coming together to address the climate emergency. The Hollywood Climate Summit has officially kicked off its four-day interactive conference.

Presented by Netflix and NYU Los Angeles and produced by YEA! Impact, the summit aims to spur the entertainment industry to take unified, collective action on urgent environmental priorities.

Taking place during Climate Week, the event consists of four action-oriented days filled with digital, interactive programming and one-on-one networking. The event will also have an in-person outdoor “Eco-Bash,” which will feature local tribes and frontline activists, a musical performance by actor and singer Lee Rodriguez, a screening of the documentary YOUTH v GOV, and more.

For the full program and to get your tickets, please visit the Hollywood Climate Summit.