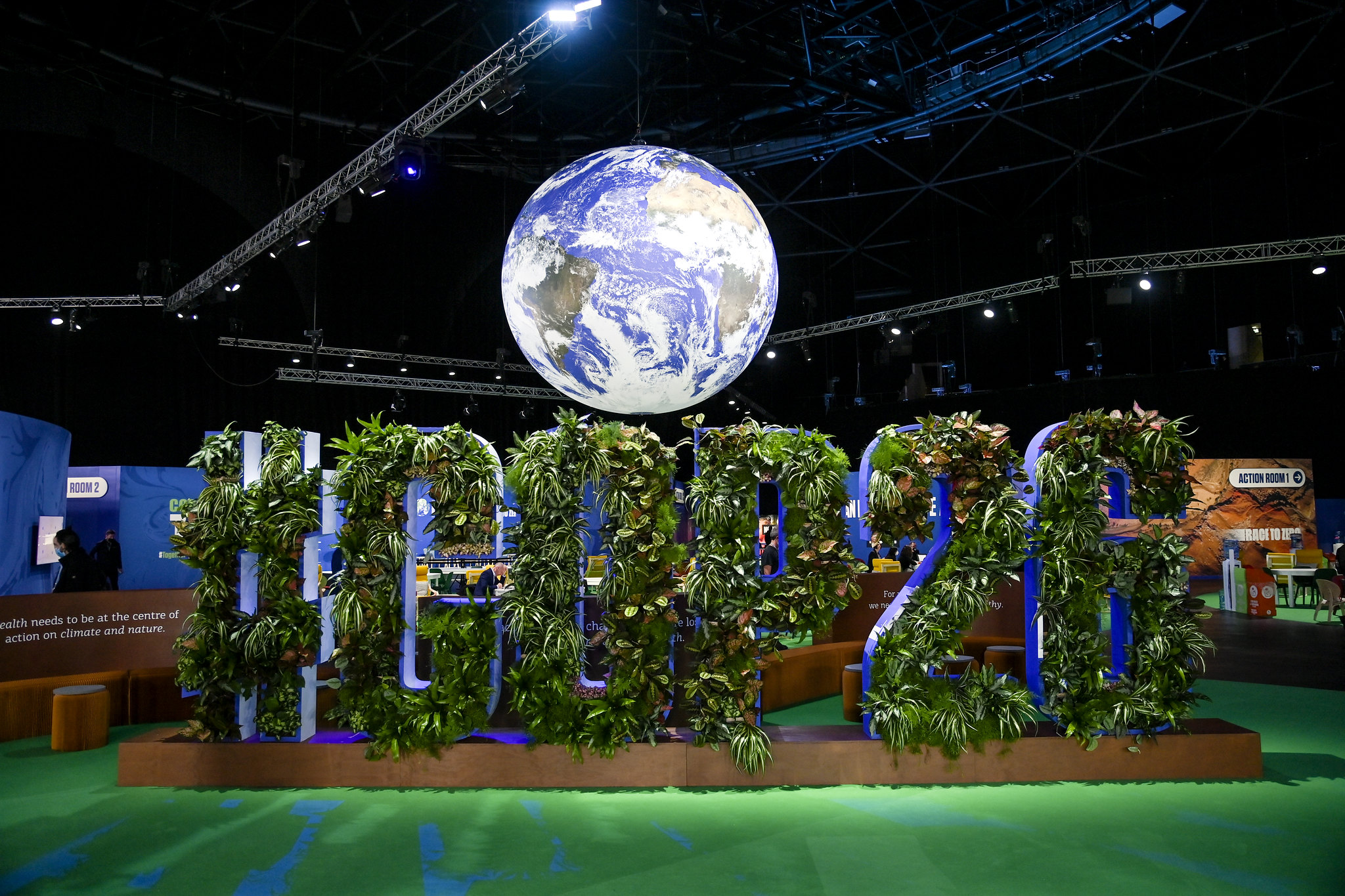 COP26, which is taking place in Glasgow, is the latest in a series of meetings through which the world’s governments attempt to deal with climate change.

COP stands for “Conference of the Parties”: these 197 parties are the United Nations member countries, plus a few small non-UN member countries and the European Union, all of whom support the Framework Convention on Climate Change. This was set up in 1992 to organise a global response to what most people then called the “greenhouse effect”. It’s COP26 simply because this is the 26th meeting.

The location of COP meetings changes each time. The last meeting was in Madrid in 2019. There was no COP in 2020 due to COVID-19. The most important COP so far was the 2015 meeting in Paris, which agreed to “limit global warming to well below 2℃, preferably to 1.5℃, compared to pre-industrial levels”.

It’s possible to set a target like this because scientific research has recognised a close relationship between the amount of carbon dioxide in the global atmosphere and its average temperature.

In order to achieve the target of “well below 2℃, preferably 1.5℃” the Paris Agreement committed to “reach global peaking of greenhouse gas emissions as soon as possible to achieve a climate neutral world by mid-century”.

The main task for COP26 is to follow through on this commitment and produce realistic plans to reduce global carbon emissions to levels that hold 21st-century global warming as close to 1.5℃ as possible.

As you can imagine, getting 197 different countries, all with their own circumstances and interests, to agree to such plans isn’t exactly straightforward: after all, it took 23 years to get to the Paris agreement. Most famously, Donald Trump withdrew the US from the Paris agreement when president, although it returned after Joe Biden’s election. So there is some uncertainty about how successful COP26 will be.

The main method for reducing emissions is the Nationally-Determined Contribution (NDC) of each country: these are individual countries’ climate action plans. For example, the UK’s most recent NDC commits it to reducing emissions by at least 68 percent by 2030, compared to 1990 levels.

So there is a need for much-improved NDCs, plus effective ways to ensure that countries actually cut all the emissions they pledged to. One of the most important ways is for wealthy countries to provide financial support to enable less wealthy countries to cut emissions, which was an important part of the Paris Agreement but hasn’t been fully acted on yet.

COP26 matters because the window is quickly closing on the Paris Agreement’s 1.5℃ target: if emissions don’t fall very rapidly, very soon, too much carbon will have been added to the atmosphere to keep the temperature from rising higher. Current emissions need to be halved by 2030 to have about a 50:50 chance of keeping to 1.5℃. The longer the world delays before cutting emissions, either the harsher the cuts will need to be to meet the target, or the target will be missed altogether.

The Paris Agreement matters because a 1.5℃ world is safer than a 2℃ world. For example, the proportion of the global population exposed to severe heat at least once every five years is almost three times higher at 2℃ compared to 1.5℃. The reduction in maize harvests in the tropical regions is over twice as great at 2℃ and coral reefs would be largely eliminated.

If COP26 isn’t successful, it doesn’t mean that we’re doomed. But it would make it harder to avoid the worst effects of climate change, such as droughts, heatwaves, floods and rising seas. It’s perhaps best to see COP26 as part of the long-term project to keep Earth as safe and habitable as possible for all its people, and the more successful it is, the easier that will be.