advertisement
Home Wildlife How We Discovered That Sea Turtles in Seychelles Have Recovered from the... 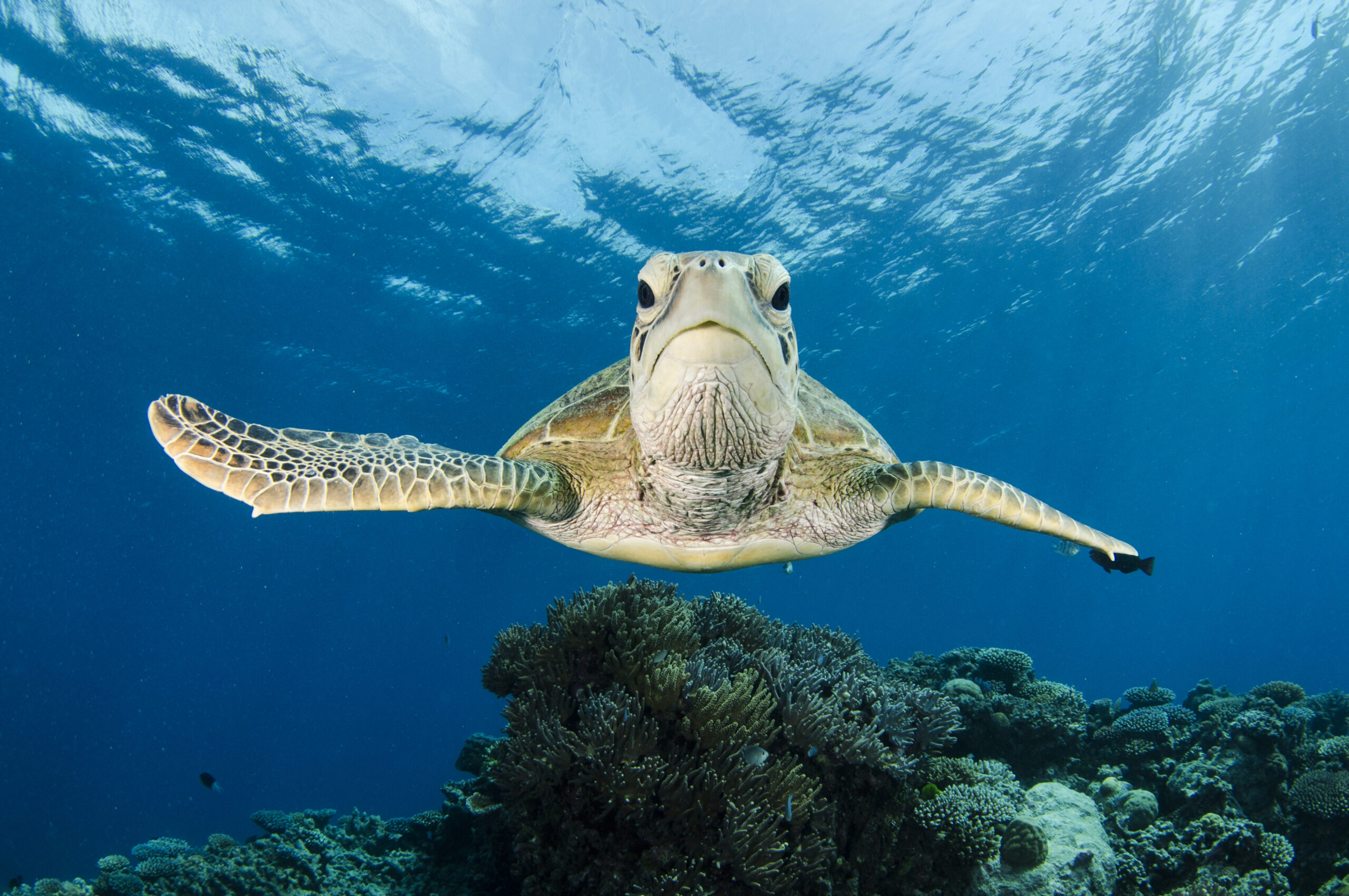 It’s not always easy to assess whether animal conservation measures have worked. But we’ve discovered that green turtles of Seychelles – once almost hunted to extinction – are now thriving again. And it’s all because of crucial protection that was given to the species around 50 years ago.

Today, sea turtles are a well-loved icon for conservation, their image used worldwide to remind us why we need to clean up and protect our oceans. But back in 1888, turtle meat was the order of the day – with turtle soup a hugely popular delicacy throughout Europe.

One of the popular hunting grounds was the Seychelles archipelago in the western Indian Ocean, and in particular, an isolated place called Aldabra Atoll, one of the largest atolls in the world.

Around 12,000 turtles a year were hunted, resulting in Aldabra’s green turtle (Chelonia mydas) population collapsing to critically low levels – surveys carried out from 1967 to 1968 found no evidence of either recent or old nesting activity on the settlement beach, which was the targeted location for harvesting nesting turtles.

That was a turning point for Aldabra.

The Royal Society (an eminent scientific organisation in the UK) recommended that the atoll should become a nature reserve with complete turtle protection – and on August 13 1968 the Green Turtle Protection Regulations were implemented throughout the territory (which was under British rule at the time but gained independence in 1976). Since then many other protective area designations have been put in place in recognition of Aldabra’s importance to the natural world, including selection as a Unesco World Heritage site in 1982.

Thanks to all of these measures green turtles have remained largely undisturbed at Aldabra since 1968, and the effect of the protection has been astounding. As we report in our recent study in the journal Endangered Species Research, Aldabra now has the second-largest green turtle breeding population in the western Indian Ocean region.

Since the 1970s, the Seychelles Islands Foundation (Sif) – a public trust that took ownership of Aldabra’s management in 1979 – has worked with Dr Jeanne Mortimer, a turtle scientist, on a rigorous turtle-track monitoring programme to record the turtles’ recovery.

The survey effort has been atoll-wide with the most frequent surveys on the 2km settlement beach. It is walked every morning by an Aldabra ranger to count the number of “turtle nesting emergences” – that’s when a female comes out of the sea to attempt to nest and is recorded by counting the number of turtle tracks on the beach from the previous night. One female will leave one up and one down track – and rangers are able to distinguish between when she has actually laid eggs and when she has aborted the attempt.

From 1980-2019 over 128,000 turtle tracks across 44,000 turtle track surveys were recorded. So, under the guidance of Professor Brendan Godley, we worked with Sif to analyse this huge dataset.

Green turtle nests were found to have increased by between 410 percent and 665 percent since those early 1968 estimates, from around 2,500 to around 15,000 nests annually by 2019 – an estimated 2.6 percent annual growth rate in nest numbers. That equates to between 3,000–5,000 female turtles nesting each year at Aldabra today, because each female will nest several times each season.

Notably, the greatest increase was seen at settlement beach, which is the longest beach on the atoll and, historically, the hardest hit by exploitation.

Estimates for Aldabra’s turtle population before peak exploitation were as high as 8,000 nesting females per year, suggesting the current population could double again.

We also uncovered many other interesting patterns in the detailed data.

There were almost twice as many nesting attempts abandoned by the nesting females because of obstacles on the beach, such as steep banks from coastal erosion and, potentially, also a result of increased litter washing up on the beaches.

We also saw a potential shift in the nesting patterns of the turtles with peak nesting activity happening later in the year, perhaps a shift in their breeding season due to climate change.

Similar recoveries have now been recorded in green turtle populations in Australia, Costa Rica, Hawaii, Mexico and on Ascension Island. All of these successes highlight the value of protecting nesting areas for species recovery.

And the benefits don’t end there. The protection of habitats at Aldabra has not only been a lifeline for marine turtles in the region but a whole range of other species too – not least, the iconic Aldabra giant tortoise that was also close to extinction as a result of extensive harvesting from Aldabra. It now has the largest population of giant tortoises worldwide.

The atoll is also the only site in Seychelles where dugongs – a sea cow related to manatees – are found, which is probably linked to the healthy seagrass beds that the turtles maintain through grazing.

The importance of marine turtles to ecosystems is widely acknowledged – but there are still a number of huge threats to these iconic animals that no amount of protection at Aldabra can stop, including unsustainable fisheries, climate change and plastic pollution.

But undoubtedly protected sites are a crucial tool for regional ecosystem recovery and health, and the Aldabra story can serve as encouragement to conservation efforts around the world. It shows that, given the chance, animals have an extraordinary capacity to recover from the brink.