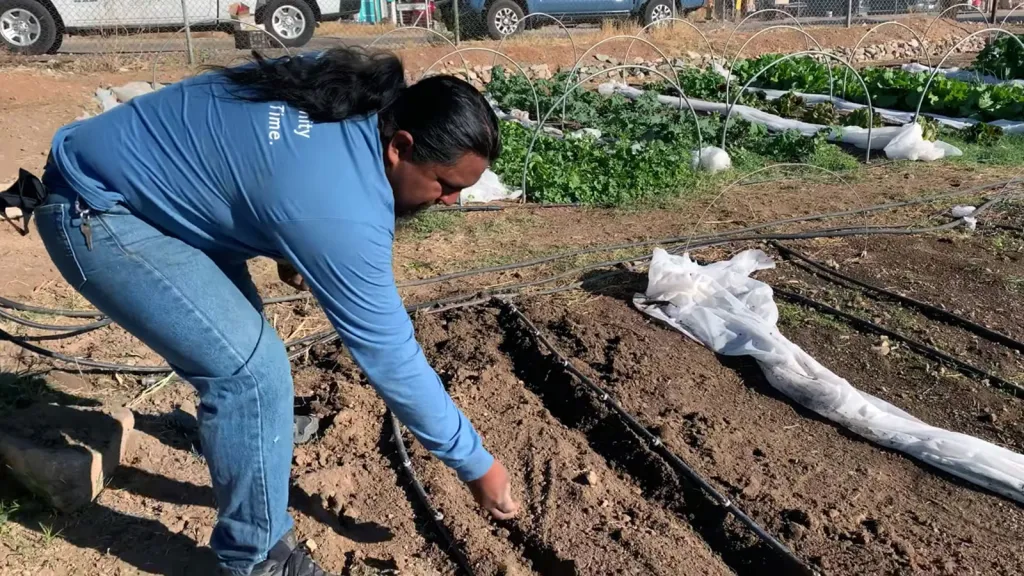 As the climate warms and the threat of water scarcity grows, a Native-governed nonprofit in Arizona is working to bring back Indigenous crops that are adapted to hot, dry conditions.

The Ajo Center for Sustainable Agriculture trains Indigenous growers in traditional farming methods. And it shares seeds for a range of crops, including drought-tolerant varieties of squash, beans, and corn.

“I have watched our apprentices … growing them and appreciating them and growing them for their families and taking that knowledge that they learned from me as an apprentice to share to their kids,” says Sterling Johnson, the group’s farm manager and a member of the Tohono O’odham Nation.

For him, reclaiming Native farming practices is not only about building a more climate-resilient food system.

It’s a way to recover elements of Native culture that the U.S. government attempted to suppress or destroy through many years of forced assimilation.

“For hundreds of years we fought hard … and still fighting to this day to reclaim things that were ours to begin with,” Johnson says. “Because these seeds are important.”

So he hopes that reviving and passing down Indigenous farming knowledge will help his community thrive.