advertisement
Home Technology Floating Solar Farms: What are They and Can They Help Us Reach... 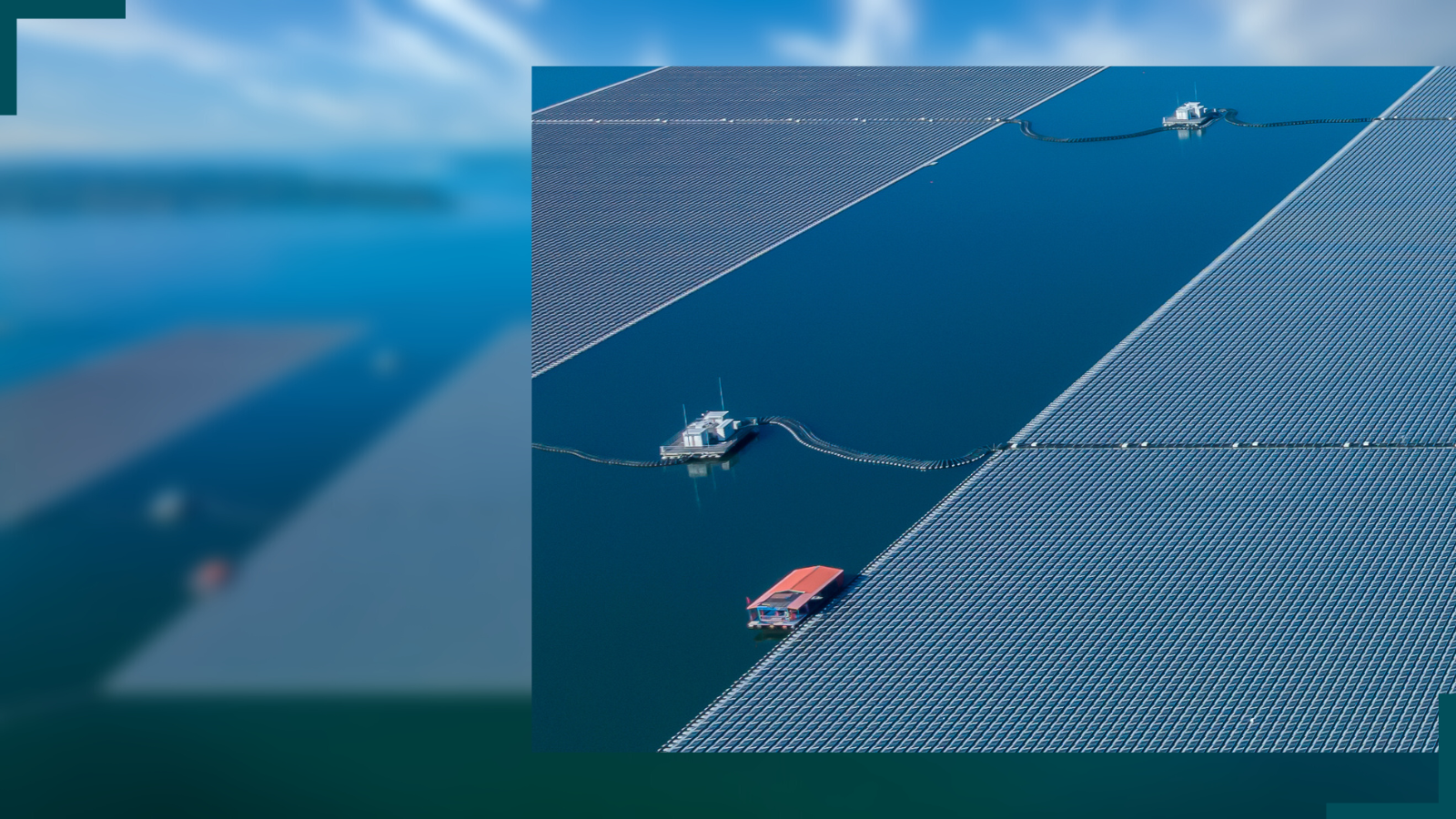 Floating solar farms are being built in growing numbers around the world.

They’re particularly popular in Asia, according to US space agency NASA, which has photographed one of the world’s biggest floating solar farms from space.

The 320-megawatt Dezhou Dingzhuang Floating Solar Farm in China’s Shandong province was built as part of a drive to decarbonize the city of Dezhou. The city of about five million people is known as Solar Valley and is said to get about 98 percent of its power from solar energy.

What is floating solar?

Space on land can be crowded and expensive – and using it to build solar farms can “create tension with farmers, conservationists, and other groups,” says NASA.

Floating solar farms are a potential solution. Formally known as floating photovoltaic systems, or floatovoltaics for short, they are solar panels installed on the surface of lakes, reservoirs, industrial ponds or near-coastal areas.

Floating solar is considered a key technology in decarbonizing economies by 2050, says NASA. While a study in the journal Nature calculated that covering 10 percent of the world’s hydropower reservoirs with floating solar panels could produce as much electricity as is currently produced by all the world’s fossil fuel power plants – 4,000 gigawatts.

The number of floatovoltaics projects is growing globally.

For example, South Korea is developing a floating solar power plant expected to be the world’s biggest. The project on the Saemangeum tidal flats on South Korea’s west coast will generate 2.1 gigawatts of electricity – enough to power one million homes, according to energy industry news site, Power Technology.

Portugal is home to Europe’s biggest floating solar park. It floats on the Alqueva reservoir, Europe’s largest artificial lake, and supplies about a third of the power needed by nearby towns. The floating solar farm has 12,000 solar panels and is the size of four football pitches.

In India, a 600 megawatt floating solar energy plant is being built at the Omkareshwar Dam on the Narmada river in the state of Madhya Pradesh. Another 1 gigawatt floating solar power project is reportedly planned at the Indira Sagar dam in Madhya Pradesh. The central Indian state already generates 5,500 megawatts of energy from renewable sources and wants to add another 20,000 megawatts to this by 2030, according to Asian solar energy news site SolarQuarter.

Singapore’s huge floating solar farm on the Tengeh Reservoir is the size of 45 football fields and has 122,000 floating solar panels. It powers Singapore’s five water treatment plants and is part of the island’s goal to quadruple solar energy production by 2025.

Floating solar projects in the US and Germany

In the United States, the biggest floating solar project is currently in California. The Healdsburg Floating Solar Farm has 11,600 solar panels and can generate 4.8 megawatts of electricity, according to power supplier Sonoma Clean Power. This is enough to meet 8 percent of the electricity needs of Healdsburg.

Germany’s biggest floating solar plant is built on an unused lake in a quarry in the town of Haltern am Sea and will save up to 1,100 tons a year of CO2 emissions. Since Russia’s invasion of Ukraine, Germany and other countries in Europe are increasing their focus on renewable energy to help reduce their reliance on Russian oil and gas.

For example, a 70-metre ‘solar road’ bike path near Amsterdam in the Netherlands generated 3,000 kilowatts of energy in its first six months – enough to meet one person’s energy needs for a year.

In Japan, a huge abandoned golf course has been turned into a solar farm, according to PV Magazine.

While in the US, solar-powered carports are becoming increasingly common and are being built by retailers like IKEA and Target.