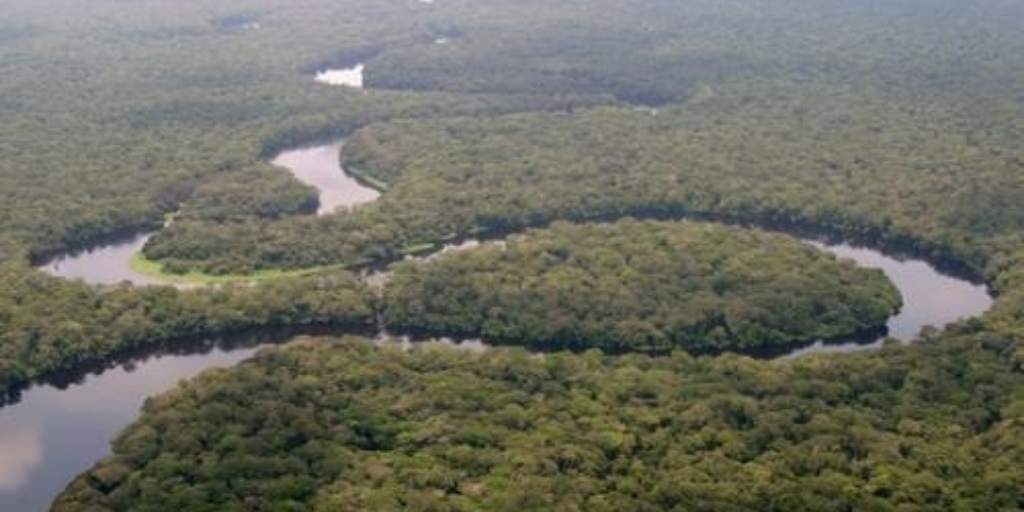 A bountiful fusion of rivers, flooded forests, swamps and savannahs, the Congo Basin is abounding with life. A vital refuge for a wide range of tropical plants and animals including African forest elephants, lowland and mountain gorillas, chimpanzees and bonobos. Known as the Cuvette Centrale, this biodiverse peatland complex is a large as the United Kingdom and is a true national treasure.

Peatland ecosystems are comprised of decaying organic material that has formed over many years and are highly efficient at storing carbon.

Covering about 3% of the worlds land area, they are capable of storing twice as much carbon as a terrestrial forest, ten times more than normal mineral soil and hold as much carbon as the atmosphere of the earth. When drained or disturbed all of that stored carbon is released transforming them from carbon reservoirs into drivers of greenhouse gas emissions.

In 2016, scientists from Leeds’ School of Geography and University College London discovered that Cuvette Centrale was the world’s largest tropical peatland.

“Our research shows that the peat in the central Congo Basin covers a colossal amount of land. It is 16 times larger than the previous estimate and is the single largest peatland complex found anywhere in the tropics. The peat covers only 4 per cent of the whole Congo Basin, but stores the same amount of carbon belowground as that stored aboveground in the trees covering the other 96 per cent.These peatlands hold nearly 30 per cent of the world’s tropical peatland carbon, that’s about 20 years of the fossil fuel emissions of the United States of America,” said Professor Simon Lewis.

With conservation efforts, peatlands can help mitigate climate change by providing long-term carbon storage. In addition to climate benefits, these biodiverse ecosystems support a wide range of species, many of which are endangered.

Wildlife in the Congo Basin

One of these is the bonobo, sometimes referred to as the pygmy chimpanzee.

The last of the great apes to be scientifically characterized, much remains unknown about the bonobo. Peaceful and led by females, they are the most vocal of all the great apes.

Bonobos are profoundly intelligent, emotional and sensitive creatures. Sadly, these fascinating apes are classified as endangered by the IUCN Red List with their population trend in decline.

Another of the great apes inhabiting the Congo Basin is the critically endangered western lowland gorilla. Males can grow to be 4-6 feet tall, weigh 400 pounds and display impressive physical power.  Newborns, however, are quite tiny weighing only 4 pounds at birth. Clinging to the fur of their mother, they ride on her back for the first two or three years of their life.

The Congo Basin is also home to the mountain gorilla. More impressive in size than lowland gorillas, they can grow to heights up to 6 feet and weigh close to 500 pounds. Many conservation efforts are working to aid the mountain gorilla, but they still face threats from poaching and habitat loss.

Last assessed in July 2018 the mountain gorilla was classified as endangered by the IUCN Red List, however, with conservation initiatives their population is increasing!

Smaller than other African elephants the elusive forest elephant is a flagship resident of the Congo Basin. They can communicate with each other across great distances by making a sound so low people are unable to hear it. Just under ten feet tall they have beautiful ivory tusks that can grow up to 1.5 meters long and weigh 100 pounds. They use them for digging up roots or stripping bark from trees. Unfortunately, their ivory makes them a target for poachers.

Their elusiveness makes them a difficult species to conserve as not much is known about their habits, patterns, and movements.

The Cuvette Centrale, home to these species and countless more, is at risk from infrastructure development, as well as concessions for oil, gas, and forestry. If the peatlands are drained and used for agricultural endeavors such as palm oil plantations, the entire ecosystem could be degraded.

“For biodiversity, for climate and for people, we need healthy peatlands. Cuvette Centrale is home to 14 globally threatened species including bonobos, gorillas, and chimpanzees. This peatland is a global treasure that deserves global attention and efforts for now and our future,” said Dianna Kopansky, Global Peatlands Initiative Coordinator, UN Environment.

An increasing number of efforts aiming to show that peatlands can be used sustainably without draining them for development are happening.

“The vast peatlands of the Congo Basin are still largely undamaged and losing even a small part of this carbon and biodiversity-rich resource would be catastrophic. The Brazzaville Declaration is a historic moment for peatlands. The declaration contains high-level political commitments from Ministers from the Republic of Congo, the Democratic Republic of Congo and Indonesia to peatland protection, restoration and sustainable management,” said Jonathan Hughes, IUCN Global Councillor and Chair of the IUCN UK Peatland Programme.

Survival of peatlands was additionally enhanced in October 2018 with the formation of the International Tropical Peatland Center (IPTC).

Opening later this year, the IPTC is a platform for science, policy, and practice ensuring access to credible scientific information and analyses needed for the implementation of sustainable management of tropical peatlands.

Peatlands are essential ecosystems providing vital habitats for endangered species as well as keeping vast amounts of carbon stored safely underground. We should act now to restore them, conserve them and sustainably manage them.