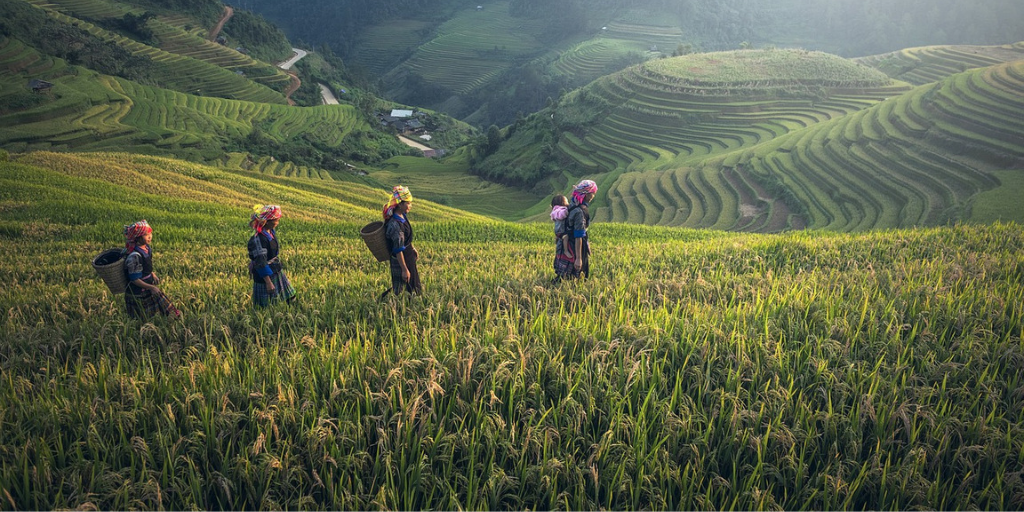 The Intergovernmental Panel on Climate Change (IPCC) released a summary of the Special Report on Climate Change and Land (SRCCL) on August 8th. The summary is a result of a two-year analysis conducted by more than a hundred scientists from around the world.

“Governments challenged the IPCC to take the first ever comprehensive look at the whole land-climate system. We did this through many contributions from experts and governments worldwide. This is the first time in IPCC report history that a majority of authors – 53% – are from developing countries,” said Hoesung Lee, Chair of the IPCC.

The landmark report warns that the world’s food supply is at risk from climate change and that drastic changes in land-use, agriculture, and human diets are needed to curb greenhouse gas emissions.

“We humans affect more than 70% of ice-free land, a quarter of this land is degraded. The way we produce food and what we eat contributes to the loss of natural ecosystems and declining biodiversity,” said Dr. Valérie Masson-Delmotte, Co-Chair of one of three working groups that developed the report.

Approximately 500 million people live in areas that experience desertification and are more vulnerable to extreme events such as heatwaves, drought, and dust storms.

Farmers are on the frontline of climate change impacts with extreme weather and increasingly unpredictable seasons. Severe weather cost Scottish farmers £161 million in 2018. In the U.S. Midwest, annual labor losses caused by extreme heat could reach $9.8 billion by 2050.

Food production in regions with increased drought frequency and duration will decline. According to the Fourth National Climate Assessment from the U.S. Global Change Research Program, increased evaporation rates stemming from high temperatures and drought will exacerbate plant stress, crop yield reductions, fire risks, and depletion of surface and groundwater resources. Economic models predict a 29% increase in cereal prices by 2050 as a result of climate change.

“As we face a climate emergency, it is more vital than ever that farmers and crofters move towards a low-carbon, environmentally sustainable future by adapting to the changing climate and securing their business viability for generations to come,” said Mairi Gougeon, Rural Affairs Minister, Scotland.

Agricultural expansion is responsible for approximately 80% of deforestation. Planting trees on farms has a variety of benefits, including better water quality, habitat for wildlife, soil enrichment and reduced erosion, and sequestration of greenhouse gases.

Studies have shown that the climate crisis disproportionally impacts women. The United Nations reports that 21.5 million people are displaced annually by weather hazards worsened by climate change. Out of those displaced, women account for 80%.

In 2011, the United Nations Food and Agricultural Organization (FAO) found that agricultural production could be increased and the number of people facing hunger could be reduced by 100-150 million if women had the same access to land, technology, financial services, education and markets as men.

The report also shared that dietary changes can be an effective way to reduce land degradation and limit climate impacts.

Animal agriculture is a leading cause of the climate crisis. The UN estimated that the industry emits around 7.1 gigatonnes of carbon dioxide each year. Beef and cattle production account for the majority of those emissions with the primary sources being enteric fermentation from ruminants, feed production and processing, and manure decomposition. The process is also resource-intensive. Production of 1kg of beef requires 25kg of grain and approximately 15,000 liters of water.

“We don’t want to tell people what to eat, but it would indeed be beneficial, for both climate and human health, if people in many rich countries consumed less meat, and if politics would create appropriate incentives to that effect,” stated Hans-Otto Pörtner, Co-Chair of IPCC Working Group on impacts, adaptation, and vulnerability.

Government leaders from around the globe will analyze the latest report from the IPCC  at the upcoming Conference of the Parties of the UN Convention to Combat Desertification (COP14), UN Climate Action Summit in September, and the UN Framework Convention on Climate Change Conference (COP25) in Chile later this year.

“The findings of the [IPCC] report are stark: we cannot reach the goals of the Paris Agreement and we cannot limit global warming to 1.5 degrees without sustainable land management and without carbon drawdown. It is vital that we change our relationship with the land and recognize that what is beneath our feet offers nature-based solutions — such as agro-forestry and peatland protection – to the [climate crisis],” tweeted Inger Andersen, Executive Director of the United Nations Environment Programme.