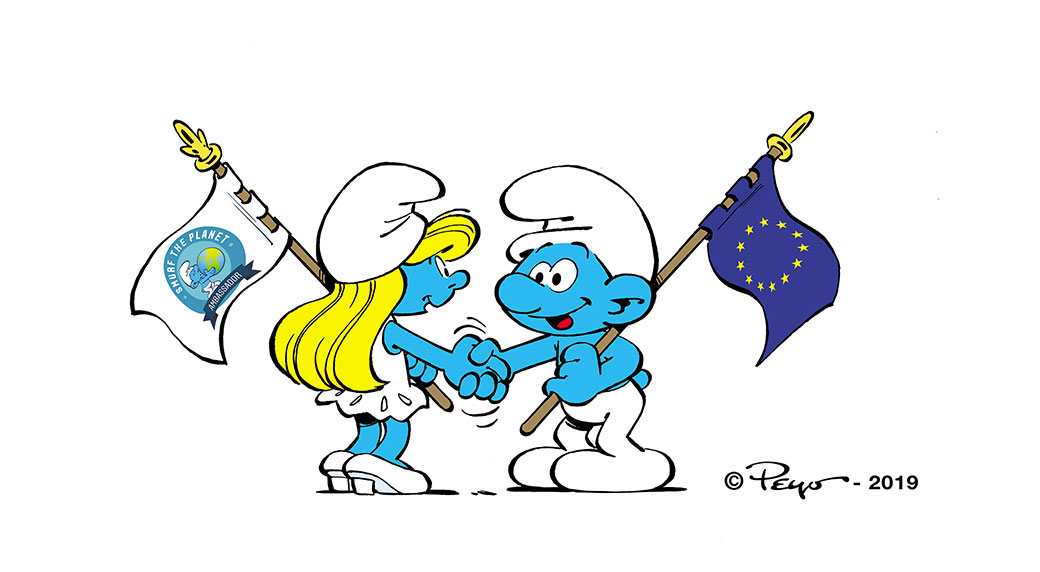 The European Union has teamed up with the Smurfs in an effort to encourage people to take action and protect the world’s oceans. The Smurfs will be joining the EU Beach Cleanup campaign.

“The Smurfs have always been the bearer of noble values. Thanks to this partnership with the European Union, we will be able to share common ideals. The Smurfs might be small in size, but they can make a great difference in working towards our world remaining an enjoyable place to live in. So let’s smurf together for a brighter future!” said Véronique Culliford, daughter of Smurf-creator Peyo and president of IMPS, the company behind the Smurfs.

Millions of tons of waste end up in the oceans annually, including more than eight million tons of plastic. According to WWF, at the current rate, the ocean may contain one metric ton of plastic for every three metric tons of fish by 2025. Recently, scientists have discovered that microplastics are reaching to the farthest ends of the earth from the Mariana Trench to the Pyrenees mountains.

“We have no ocean B, just as we don’t have a planet B. Marine pollution is one of the most pressing environmental problems, in Europe but certainly also in the rest of the world. With the Smurfs, we have found a partner that can help us reach out globally, while sharing our values and priorities,” said João Aguiar Machado, Director-General for Maritime Affairs and Fisheries at the European Commission.

Last year, more than 70 actions and approximately 3,000 people participated in the global beach cleanup. The EU Delegations in Senegal and Mozambique removed an astounding 10 tons of marine litter from their beaches within one day. According to the United Nations Regional Information Centre for Western Europe (UNRIC), more than 80 EU delegations, representations, and United Nations Information Centres (UNICs) have confirmed events for 2019.

While past cleanups have been successful, the EU hopes their 2019 campaign alongside the Smurfs will have a more lasting impact and foster positive changes in behavior.

“By organising these activities, we want to increase global awareness about the state of our ocean, and our individual responsibility to take care of it. People will find very familiar things on the beach: plastic bottles, cigarette butts, candy wraps… Cleaning it up, can help us to mind our own daily behaviour and habits,” added Machado.

Cleanup events are scheduled to take place throughout September and October.

For more information on how to participate or to find a cleanup event near you, please visit #EUBeachCleanup.