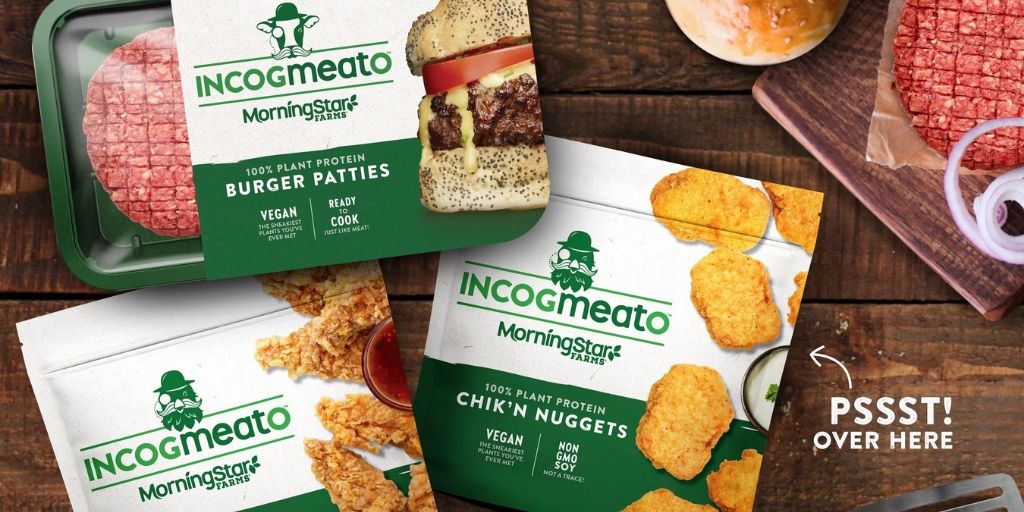 The Incogmeato line will feature the company’s first ready-to-cook plant-based burger and plant-based chicken tenders and nuggets. The Incogmeato burger will be sold both in the refrigerated meat case and frozen section of grocery retailers in early 2020.

With the success and rising popularity of Beyond Meat and Impossible Foods, the company is now aiming to reach consumers living a ‘flexitarian’ lifestyle. While MorningStar Farms has offered vegetarian and vegan options for many years, they’ve never attempted for their products to taste like meat.

Plant-based meat options are becoming increasingly popular with consumers. Approximately a quarter of the U.S. population is incorporating plant-based options into their diets.

In 2018, the market for meat substitutes was estimated to be $4.63 billion and is expected to climb to $6.43 billion by 2023. According to Barclay’s analysts, the faux meat market could reach $140 billion over the next decade and could capture 10% of the $1.4 trillion global meat market.

Prior to the national rollout for Burger King’s Impossible Whopper, the fast-food giant noticed increased traffic at Burger King restaurants that offered the plant-based Whopper.

However, burgers aren’t the only option consumers have taken to. In August 2019, Kentucky Fried Chicken (KFC) became the first national fast-food chain to offer plant-based chicken in the United States. Partnering with Beyond Meat, KFC tested ‘Beyond Fried Chicken’ at one location in Atlanta.

KFC’s new product proved so popular that it sold out within five hours. According to KFC, the restaurant sold as many plant-based chicken wings and nuggets in one day as they would their traditional popcorn chicken in a week.