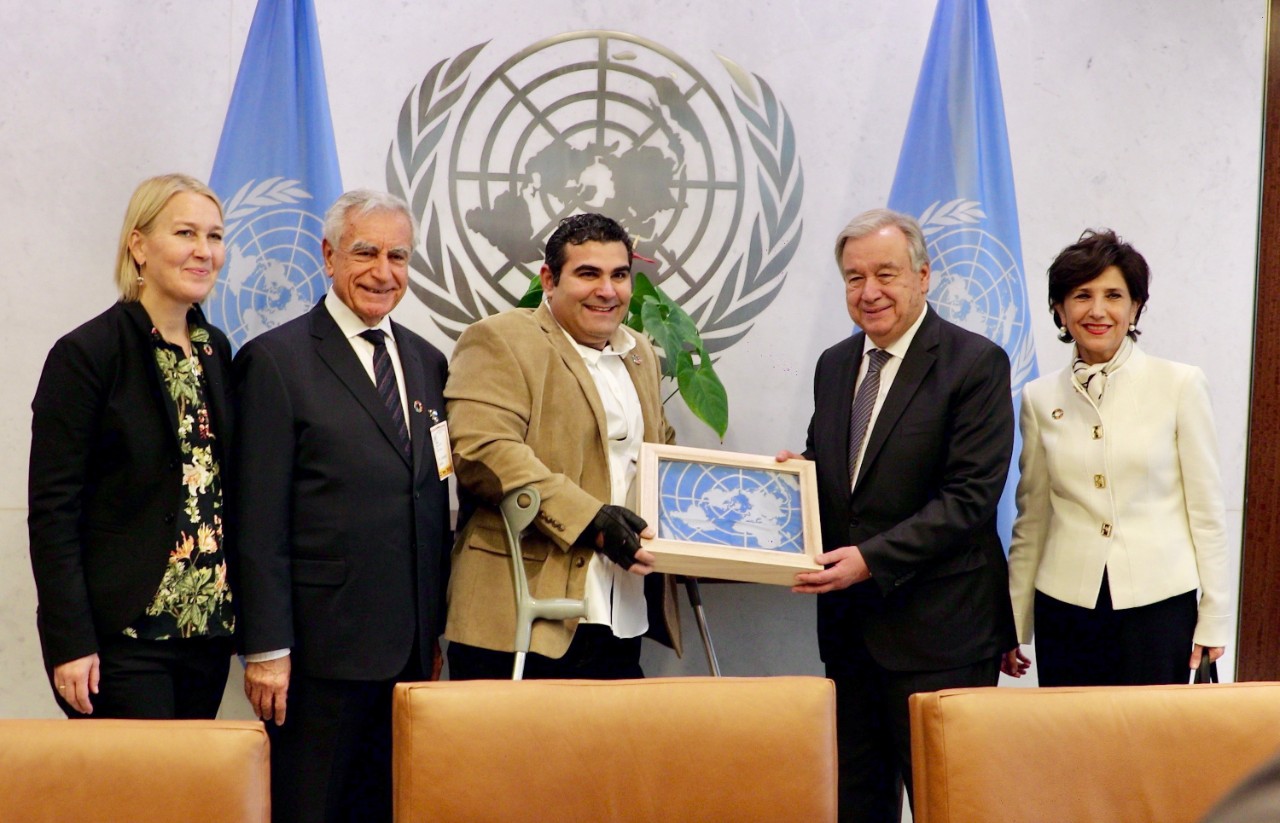 Endurance athlete Michael Haddad has set out to highlight the devastating impacts of climate change in the Arctic. Haddad is attempting to walk 100 kilometers across the North Pole.

Paralyzed from the chest down, he will be using a high-tech exoskeleton to stabilize his chest and legs, enabling him to walk. Additionally, Haddad will be wearing a special suit tailored through textile computing, designed to mitigate the impacts of the harsh cold.

“I have been working closely with many wonderfully dedicated people — trainers, arctic scientists, physicians, nutritionists, bioengineers and industry innovators — to make this walk happen,” stated Haddad.

“Climate change is the defining challenge of our time. Each one of us has a responsibility to act and inspire others to urgently join the collective struggle to reduce our carbon footprint, to save our planet,” said Wahba. “UNDP RBAS is happy to support Michael’s ambitious feat – traveling all the way from his native Lebanon to the world’s northernmost point, braving arctic weather and defying his own mobility challenges to call for action on Climate Change.”

“The window of opportunity to respond to the climate emergency is closing rapidly. We need urgent and transformational change to combat this existential threat,” said Guterres. “Michael Haddad’s extraordinary resolve and determination should be an inspiration to us all. I wish Michael well on his journey which I hope will encourage ambitious climate action around the world.”

The UN Secretary-General gave Haddad a United Nations flag to take with him on his journey and to signal the need for unified multilateral action and leadership to tackle the climate crisis.

“It is a tremendous honor for me and for all involved in the North Pole Walk for Climate Action to have the support and encouragement of the United Nations Secretary-General António Guterres,” said Haddad. “Tackling climate change is a global challenge, which knows no borders. We need climate action which is bold, and universal – carrying the flag of the United Nations on this journey will underscore the message that we are in this fight together.”

The “North Pole Walk for Climate Action” will take place in spring 2020.

Earlier this year, the United Nations Environment Programme released a report showing that even with emissions reductions from the Paris Agreement commitments, winter temperatures over the Arctic Ocean would rise 3-5°C by mid-century.

“The urgency to achieve the goals of the Paris Agreement is clearly manifested in the Arctic, because it is one of the most vulnerable and rapidly changing regions in the world,” said Kimmo Tiilikainen, Minister of the Environment, Energy, and Housing, Finland. “We need to make substantial near-term cuts in greenhouse gas emissions, black carbon and other so-called short-lived climate pollutants all over the world.”

According to the report, with the current rate of CO2 emissions, the Arctic may have ice-free summers by the 2030s. Arctic permafrost holds approximately 1.5 trillion tons of carbon dioxide. Increased thawing would contribute significantly to global emissions.

“Mitigating and adapting to climate change while honoring the diversity of humans entails major transformations in the ways our global society functions and interacts with natural ecosystems. We are encouraged by a recent surge of concern,” said the scientists. “Governmental bodies are making climate emergency declarations. Schoolchildren are striking. Ecocide lawsuits are proceeding in the courts. Grassroots citizen movements are demanding change, and many countries, states and provinces, cities, and businesses are responding.”