Dunkin’ has unveiled its latest plant-based meat offering. In the United States, Dunkin’s latest creation is a remix on the traditional Beyond Sausage Sandwich. The Beyond D-O-Double G Sandwich was created by none other than musician and Beyond Meat Ambassador/Investor, Snoop Dogg.

Combining Snoop’s “passion for plant-based protein and love of glazed donuts”, the sandwich features a Beyond Breakfast Sausage patty with egg and cheese served on a glazed donut.

“When I got the chance to work at Dunkin’ for the Beyond Sausage Sandwich launch, I got to thinking about what other Beyond Meat sandwiches we could create. Being around my favorite glazed donuts got me inspired, so today we are dropping The Beyond D-O-Double G Sandwich at Dunkin’ restaurants nationwide,” said Snoop Dogg.

The limited-time only sandwich will be available nationwide from January 13th-19th.

This isn’t the first time Snoop and Dunkin’ have teamed up to promote the chain’s new plant-based options. In November, Dunkin’ launched the Beyond Sausage Sandwich at shops across the U.S. but had one big surprise for customers in southern California. Snoop Dogg was working behind the counter.

The Beyond Sausage Breakfast Sandwich first debuted at Manhattan Dunkin’ restaurants in July. The sandwich quickly became the second best-selling menu item and accelerated Dunkin’s timeline for a nationwide launch.

Plant-based meat has become mainstream, and fast food-chains are helping to usher in the new era. In 2018, the market for meat substitutes was estimated to be $4.63 billion and is expected to climb to $6.43 billion by 2023. According to Barclay’s analysts, the faux meat market could reach $140 billion over the next decade and could capture 10% of the $1.4 trillion global meat market. 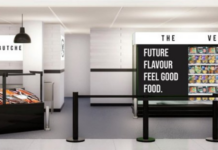 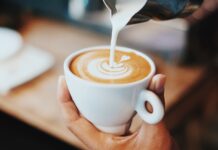 Coffee: Here’s the Carbon Cost of Your Daily Cup – and How to Make It Climate-Friendly