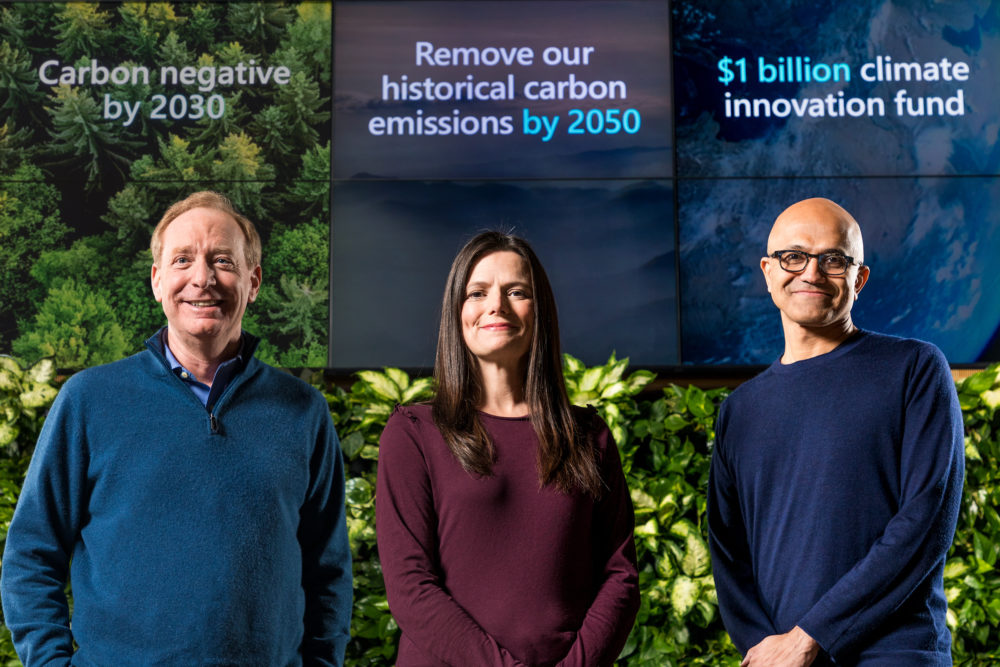 Microsoft has announced an ambitious new goal to reduce and remove its carbon footprint. The tech giant has pledged to remove more carbon emissions than it creates and become carbon negative by 2030. Microsoft aims to remove enough carbon from the atmosphere to account for all the carbon the company has emitted since 1975.

Describing the move to go carbon negative as its ‘moonshot’, Microsoft detailed its plan to reduce emissions in a blog.

“The scientific consensus is clear. The world today is confronted with an urgent carbon crisis,” said Satya Nadella, CEO of Microsoft. “No one company can solve this macro challenge alone, but as a global technology company, we have a particular responsibility to do our part.”

“We must take responsibility for the carbon footprint of our own technology and company, but we will also go beyond that. By 2050, we will remove from the environment all of the carbon we have emitted, directly or by electrical consumption, since our company’s founding in 1975,” continued Nadella.

All data centers, buildings, and campuses will be powered by 100 percent renewable energy by 2025. Microsoft aims to achieve Zero Carbon certification through the International Living Future Institute and LEED Platinum certification for the Silicon Valley Campus and Puget Sound Campus modernization projects.

Sustainability has been at the core of Microsoft’s modernization projects. The company has maintained Zero Waste certification, meaning they divert at least ninety percent of their waste from landfills. For the Redmond campus, Microsoft has committed to planting a tree for every tree removed during the project.

Microsoft campus operations vehicle fleet will be electrified by 2030.

To further their commitment, Microsoft President Brad Smith announced that Microsoft would sign the Business Ambition for 1.5°C pledge. The United Nations launched the Business Ambition for 1.5°C campaign in June 2019. The call-to-action was an open letter addressed to business leaders inviting them to commit their companies to the 1.5°C target ahead of COP25 and, now, COP26 in Glasgow.

Companies who join the pledge have committed to more ambitious climate targets. The targets are aligned with limiting global temperature rise to 1.5°C above pre-industrial levels and reaching net-zero emissions by 2050. Companies set science-based targets through the Science Based Targets initiative (SBTi). SBTI then individually evaluates corporate emissions reduction targets against the most recent climate science.

Smith also stated that Microsoft would begin using its “voice to participate in processes around the world” to address carbon issues through advancing public policies, removing regulatory barriers to carbon reduction technology, advance market-based incentives to put a price on carbon, and empower consumers with transparency.