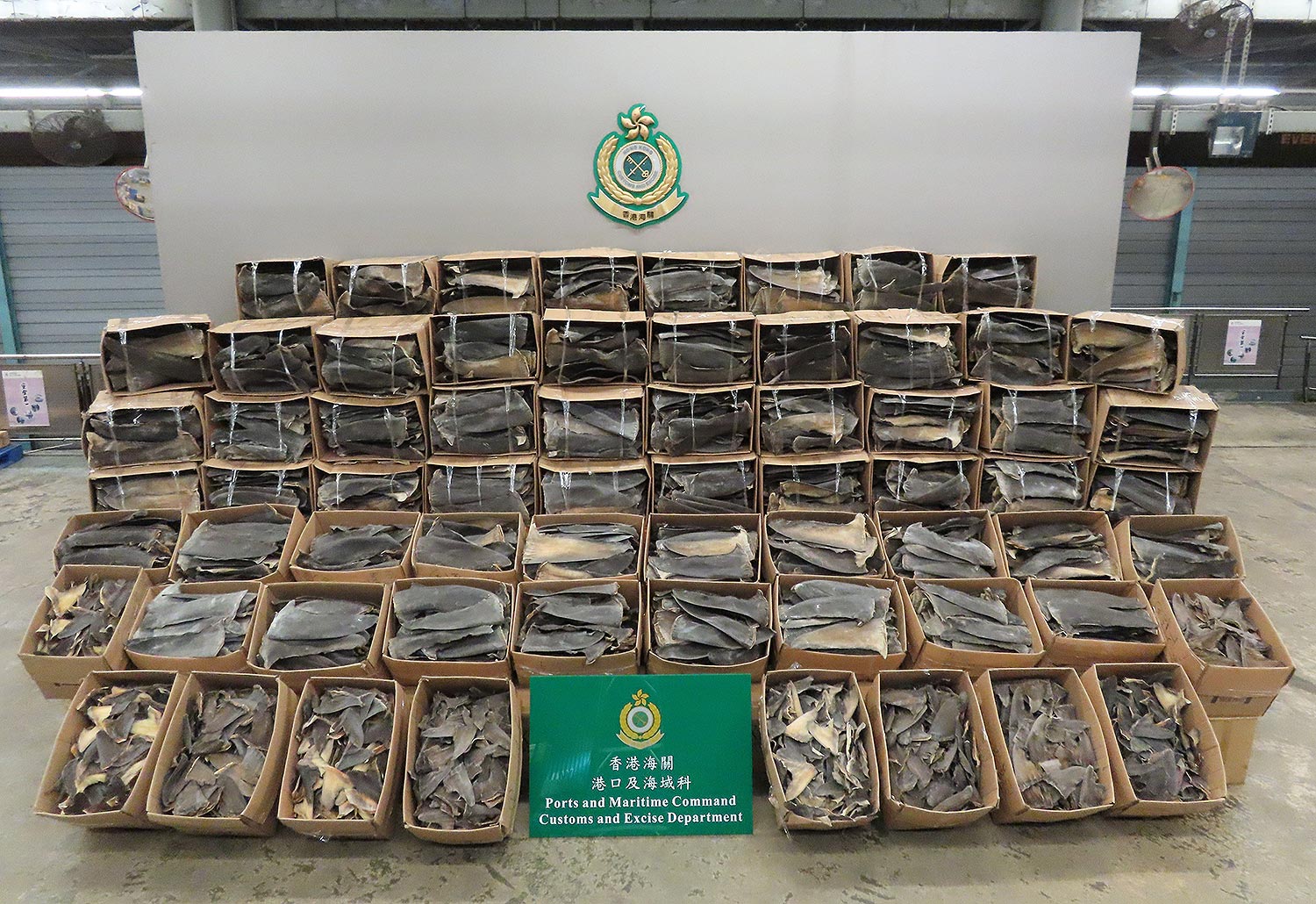 Authorities have seized 26 tonnes of shark fins in Hong Kong, the largest shark fin seizure in the region.

Customs officials discovered the shark fins inside two shipping containers from Ecuador on April 28th and May 4th. According to the South China Morning Post, officials were suspicious of the containers because of Spanish-language markings identifying them as dried fish, and customs officers had previously seized shark fins from the South American country.

“It’s unusual for some imported goods to be described in foreign languages other than English,” said Danny Cheung Kwok-yin, member of the Customs and Excise’s marine enforcement group.

The fins were severed from 38,500 sharks. Reports indicate that the fins belonged to 31,000 thresher sharks and 7,500 silky sharks, both of which are protected species.

Both shipments were sent to the same logistics company. Authorities arrested the owner of the company, however, the man has been granted bail pending further investigation. If found guilty, he faces a maximum fine of $10 million and ten years in prison.

Shark finning is a global problem. More than 100 million sharks are killed by humans each year. Out of those 100 million, 73 million are killed for shark fin soup. Fisherman will hack off the shark’s fin while it is still alive and then toss the shark back into the ocean, leaving it to die from suffocation, blood loss, or predation.

Often served at weddings and special events, shark fin soup is considered a delicacy and a symbol of prestige throughout Asia. However, shark fins have no nutritional value or flavor, are not an aphrodisiac, and can be dangerous to consume.

Both silky and thresher sharks are listed as ‘vulnerable’ by the IUCN and are protected by the Convention on International Trade in Endangered Species (CITES). Overexploitation poses the risk of driving both species to extinction. Sharks reproduce slowly and take time to mature. Sadly, many are killed before they have had a chance to reproduce.

Shark conservation is crucial to maintaining a healthy ocean ecosystem. A collapse of shark populations could cause dramatic shifts in the marine environment that would be felt throughout the entire system, leading to a collapse of important fisheries, affecting human access to seafood.