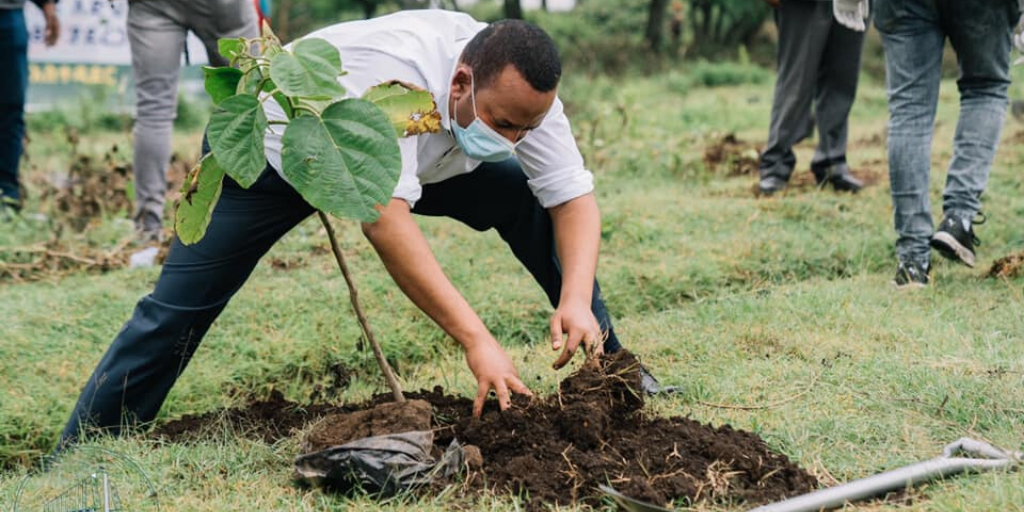 Ethiopia has set out to plant 5 billion tree seedlings this year. The planting is part of the country’s larger reforestation initiative spearheaded by Prime Minister Abiy Ahmed.

Launched in 2019, the Green Legacy initiative aims to combat environmental degradation, build resilience, and transition into a green society.

The nation has lost nearly 97 percent of its native forests due to a growing population and an increased need for land for food production. To combat environmental degradation, Ethiopia committed to restoring 15 million hectares of deforested land by 2025.

“The green legacy initiative we launched last year resulted in the planting of over 4 billion seedlings nationally. More than 20 million people were mobilized throughout the country,” said Prime Minister Abiy Ahmed. “Of all the trees planted in last year’s Green Legacy challenge, 84 percent have survived. Through the implementation of follow up measures, we have been able to maximize the survival rate which is nature’s encouragement to forge ahead.”

The Prime Minister has urged all Ethiopians to join this year’s planting challenge while also adhering to increased safety precautions, social distancing, and other preventative COVID-19 measures. Ethiopians are encouraged to “plant their print at the individual and family level.”

“The only thing that makes this year different is the pandemic we are confronted with as a global community. Nevertheless, while our resilience will be tested we are committed to meet our set target in planting in a COVID 19 responsive way,” added the Prime Minister.

The 5 billion seedlings are being housed in 38,000 sites across the country. The seedlings will be planted during Ethiopia’s rainy season.