Chrysler is moving away from gasoline-powered vehicles. The American automaker has announced plans to shift to a fully electric lineup by 2028.

While at the Consumer Electronics Show (CES), the company unveiled its latest concept, the Chrysler Airflow, an electric crossover SUV. The name may sound familiar to some. The nameplate was originally attributed to a sedan produced by Chrysler in the mid-1930s. While the name may be reminiscent of the brand’s history, the electrified concept aims to give a preview of the nearly century-old automaker’s future.

“The Chrysler Airflow Concept represents the future direction of the Chrysler brand, providing a peek at the dynamic design, advanced technologies and seamless connectivity that will characterize the full-electric portfolio we plan to reach by 2028,” said Chris Feuell, Chrysler CEO.

The company plans to launch its first battery-electric vehicle by 2025.

“Our brand will serve at the forefront as Stellantis transforms to deliver clean mobility and connected customer experiences,” added Feuell.

In July, Stellantis announced it would invest nearly $34 billion through 2025 to electrify its vehicles.

The company has said that, across its brands, its electric vehicles would be built on four electric platforms with driving ranges from 300 to 500 miles.

Stellantis CEO Carlos Tavares stated that the young company’s electrification journey was “quite possibly the most important brick to lay” as it begins to reveal its future.

Chrysler joins a growing group of automakers opting for electrification.

Mercedes-Benz announced its intent to produce electric-only vehicles by 2030, with all newly launched architectures being electric-only by 2025.

Jaguar Land Rover is also set to rebrand as an all-electric car brand with plans to exclusively offer electric vehicles starting in 2025.

Stellantis’ Alfa Romeo will officially ditch the internal combustion engine in the next five years and will be fully electric by 2027. 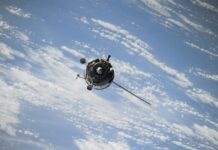