Mercedes-Benz is moving away from gasoline-powered vehicles. The luxury car company announced it would shift its focus toward producing electric-only vehicles and be “ready to go all-electric by the end of the decade, where market conditions allow.”

All newly launched architectures will be electric-only starting from 2025. Mercedes-Benz stated that for every model the company makes, customers will also have the choice of an all-electric alternative.

Mercedes-Benz also announced that three electric-only architectures are set to make their debut in 2025: the MB.EA, for midsized to large passenger vehicles; AMG.EA for performance vehicles; and VAN.EA for light commercial vehicles and vans.

The company will boost its research and development to facilitate its shift to electrification.

“In total, investments into battery electric vehicles between 2022 and 2030 will amount to over €40 billion,” Mercedes-Benz stated.

Alongside its partners, the company plans to set up eight Gigafactory battery plants to build out its battery capacity to 200 Gigawatt hours.

Mercedes-Benz joins a growing list of automakers preparing for an electric future.

“The EV shift is picking up speed – especially in the luxury segment, where Mercedes-Benz belongs. The tipping point is getting closer and we will be ready as markets switch to electric-only by the end of this decade,” said Ola Källenius, CEO of Daimler AG and Mercedes-Benz AG.

“This step marks a profound reallocation of capital. By managing this faster transformation while safeguarding our profitability targets, we will ensure the enduring success of Mercedes-Benz. Thanks to our highly qualified and motivated workforce, I am convinced that we will be successful in this exciting new era,” added Källenius.

Earlier this year, UK automaker Jaguar Land Rover (JLR) announced it was transitioning to an all-electric car brand and would exclusively offer electric vehicles starting in 2025.

General Motors also plans to cease the production of its gas-powered vehicles. The Detroit automaker aims to exclusively produce zero-emissions vehicles by 2035 and will invest $27 billion in electric and autonomous vehicles over the next five years.

Ford Motor has stated it will phase out its gasoline-powered vehicles in Europe. Models sold in the EU will be all-electric by 2030. 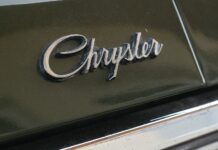 Chrysler Set to Become All-Electric by 2028