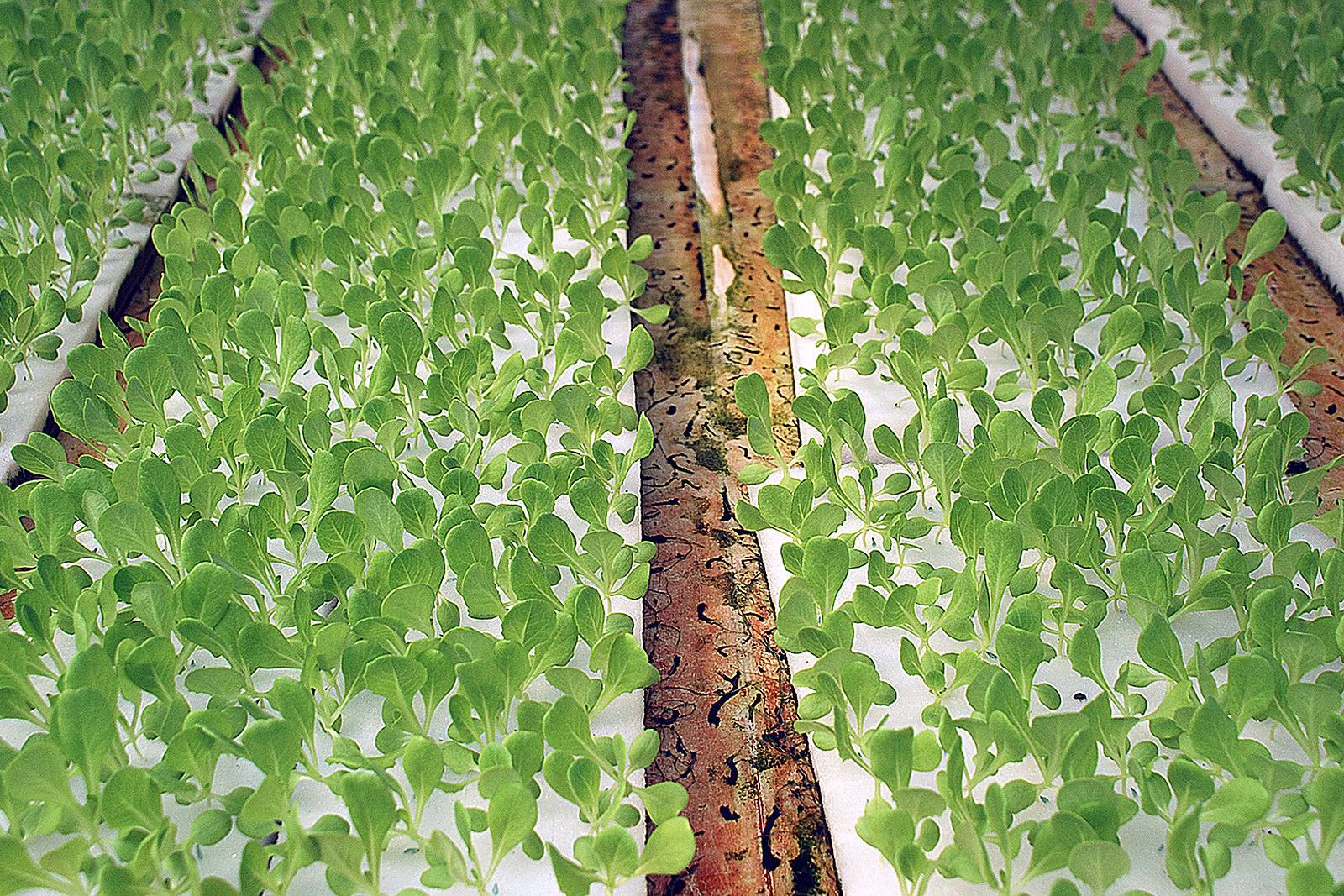 The United Nations projects the world’s population will grow by over 3 billion to peak at almost 11 billion by 2100. Meanwhile, already scarce global water resources are being depleted by climate change.

Conventional agriculture already consumes roughly 70 percent of the world’s water and the UN says two-thirds of the world’s population – 1.8 billion people – will be living in water-stressed areas by 2025.

So aeroponics, a technique that allows crops to be grown without soil and with minimal water usage, offers hope for the future. One nation already putting it to test is Jordan, one of the world’s driest countries.

Aeroponics was developed from hydroponics, a system in which plants grow with their roots immersed in nutrient-rich water instead of soil. Although some plants did well in hydroponic systems, many lacked enough oxygen to thrive.

So the technique was evolved to allow plant roots to hang in the air while being sprayed with a fine mist of nutrient-rich water. Plants are held in place by pieces of fabric or foam which support the stems and roots as they grow.

The nutrient solution is recycled so no water is wasted, plants are healthier, grow faster and produce more, according to aeroponics experts LetUsGrow. The technique also makes crops less vulnerable to pests and plant diseases, the company says.

Although the system uses much less water than alternatives, it does require electricity to power the pumps. And, while aeroponic cultivation can use natural light in a greenhouse, artificial lighting is often required to ensure plants thrive.

Despite these environmental drawbacks, the farming practice appears to be gathering momentum. A survey of 114 aeroponic company start-ups identified farms in north and South America, Europe, the Middle East and India.

One of the world’s largest aeroponic farm operators, AeroFarms, which has vertical farms in the United States, recently opened a research farm in Abu Dhabi. The company says its farms use just 1 percent of the land that would be needed for conventional agriculture, and that aeroponics is over 390 times more efficient in terms of land use to grow the same volume of crops, producing up to 26 harvests each year.

Meanwhile, one of India’s largest hydroponic and aeroponic growers, Barton Breeze, says it has almost 10 hectares of vertical farms under cultivation, producing 3,250 tonnes of crops from more than 65 different crop varieties.