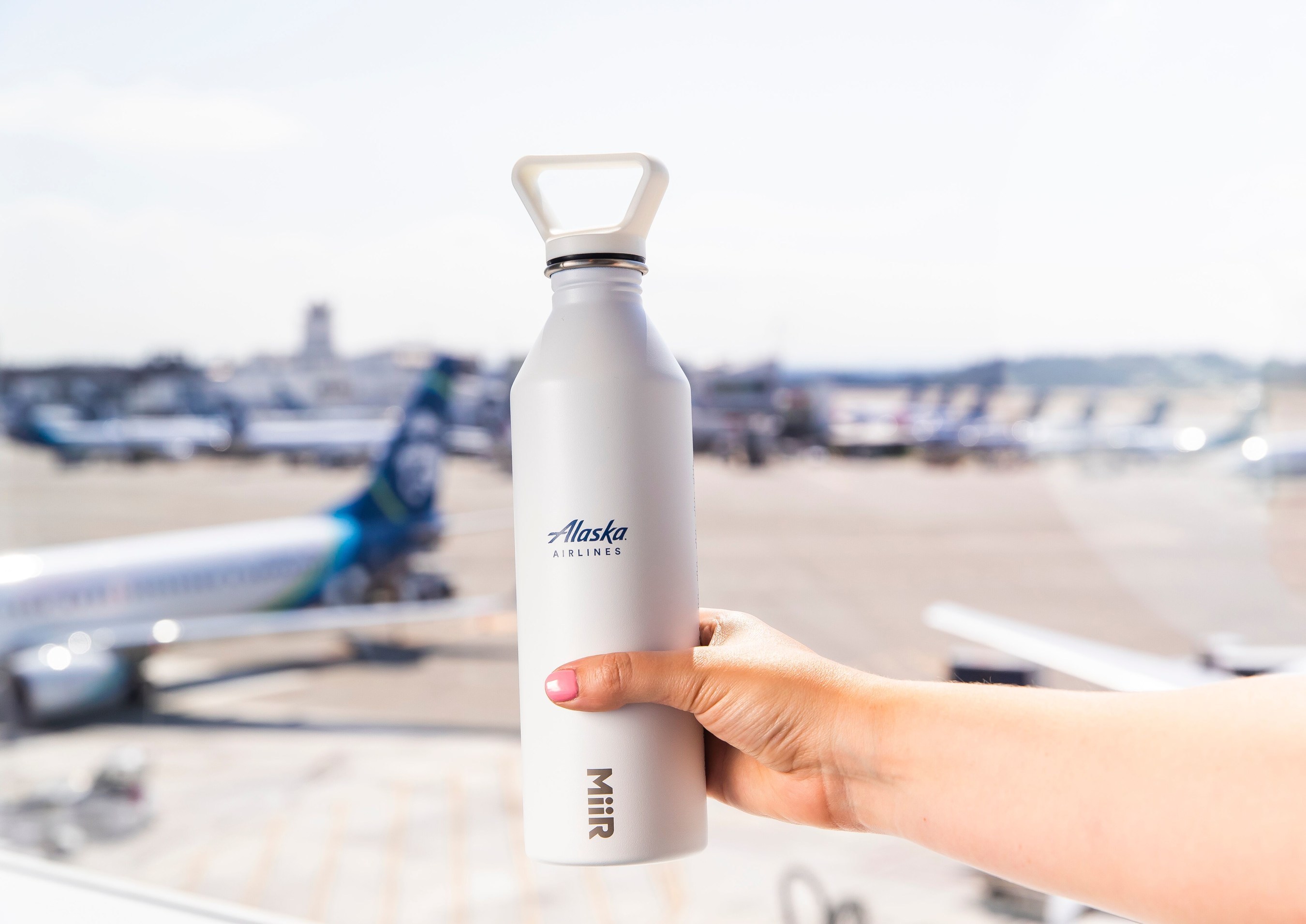 Alaska Airlines has taken another step in its sustainability journey. The airline announced its new #FillBeforeYouFly initiative in an effort to change flyer behavior and reduce the use of single-use plastics inflight. The initiative calls on guests and employees to ditch the single-use plastic water bottle in favor of a reusable bottle filled prior to takeoff.

The new initiative is in partnership with Lonely Whale, MiiR, and Bonneville Environmental Foundation (BEF).

In addition to reducing plastic waste, Alaska Airlines is offering another incentive. For every passenger who brings a pre-filled water bottle onto their flight and posts a photo to social media tagging Alaska Airlines and using the #FillBeforeYouFly hashtag, the airline will plant a tree- helping BEF in achieving its goal of planting one million trees on the U.S. West Coast.

“The rivers and streams that fuel the West Coast are polluted, but planting trees in the right places can help reduce pollution and restore a healthy habitat,” said Bonneville Environmental Foundation Chief Development Officer Val Fishman. “Alaska Airlines is setting an industry standard with their commitment to supporting water quality programs. They are serving an important role driving awareness about widespread water issues among customers, while also helping to put actual trees in the ground to ensure the cool, clean water needed for habitats to thrive.”

Paired with the airline’s other sustainability efforts, Alaska Airlines hopes to reduce inflight waste per passenger going to landfills by 70% by 2020.

“We know this is a resource intensive business with many stakeholders involved in the journey,” said Birkett Rakow, Alaska Airlines’ Vice President of External Relations. “While we’ve made progress, there’s a long road ahead of us. We’re working with supply chain partners and employees to come up with solutions to reduce waste, adopt sustainable practices and eliminate single-use plastics inflight. Change takes time; we value the collective impact our customers and employees can make today.”

After climate change, plastic pollution has become one of the most discussed environmental topics among world leaders. Plastic pollution is reaching to the farthest ends of the earth, from the remote corners of the Pyrenees mountains to the deepest point in the ocean, the Mariana Trench. WWF reports that, at the current rate, the ocean may contain one metric ton of plastic for every three metric tons of fish by 2025. With more than eight million tons of plastic ending up in the world’s oceans annually, more companies, governments, and individuals are taking the lead and pledging to reduce or nix single-use plastics altogether.

Earlier this year, the Canadian Government made headlines when they announced a ban on single-use plastics, citing both environmental and economic waste as key factors.

“We’re passionate about working with our guests, employees, airports, and partners to reduce waste, protect habitats, and improve water health,” said Rakow. “Land, water, and animals are incredibly special parts of the places we live and fly – and it takes many different company and individual actions together to protect them for the long term. This is just one step. If just 10% of our guests bring their own pre-filled water bottle when they fly and choose reusables, it could save more than 700,000 plastic water bottles and four million plastic cups per year. That’s a big lift.”