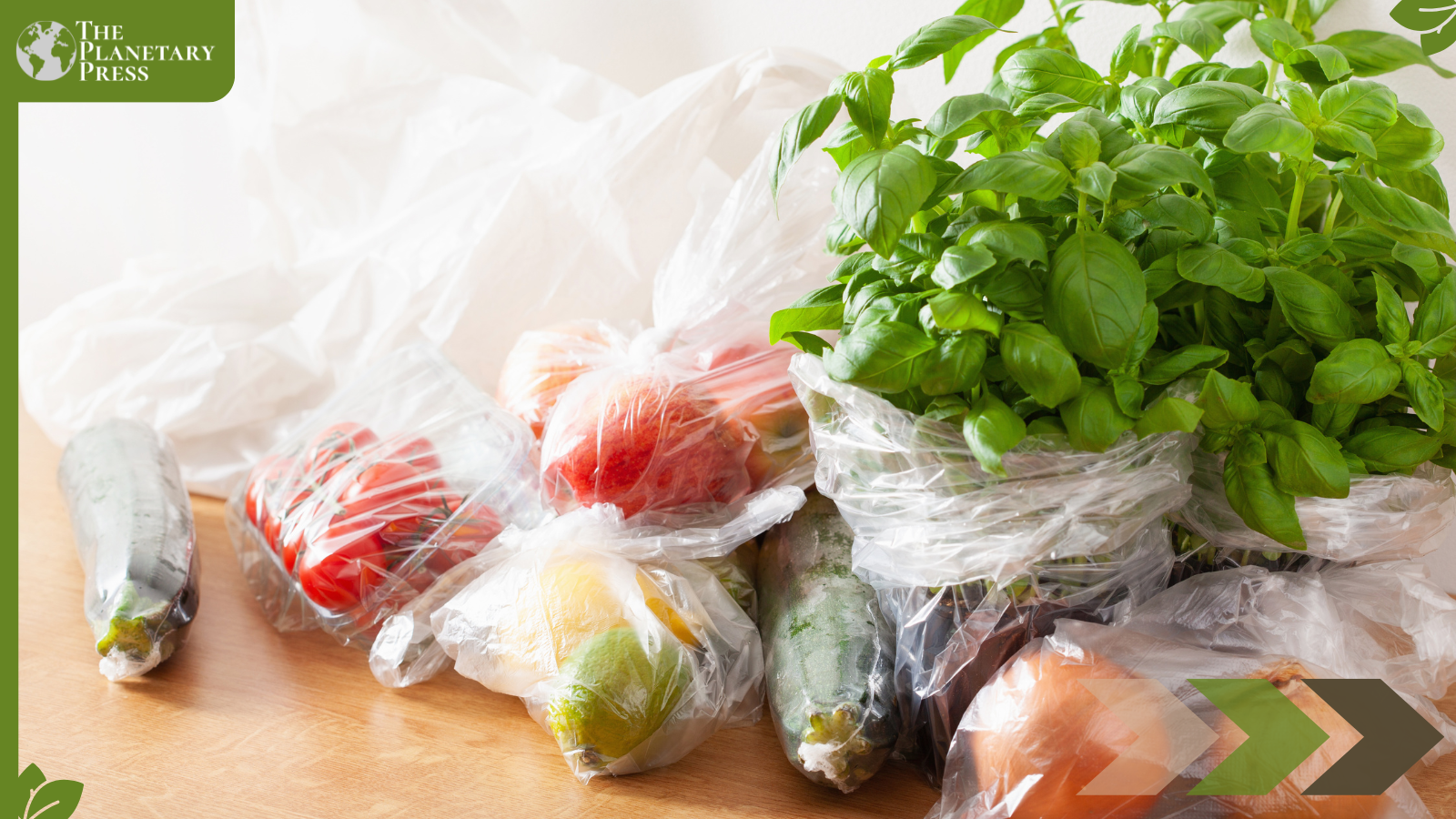 California is cracking down on plastic pollution. Plastic produce bags are soon to be a thing of the past in the Golden State thanks to a new law.

The original deadline for the ban was 2023, but the bill’s main opponent, the California Grocers Association, successfully lobbied to push back the date. Senate Bill 1046 stipulates that from January 1, 2025, no store shall provide customers with “precheckout bags” unless the bags are compostable or made from recycled paper.

“The bill would define a ‘precheckout bag’ for this purpose to mean a bag provided to a customer before the customer reaches the point of sale, that is designed to protect a purchased item from damaging or contaminating other purchased items in a checkout bag, or to contain an unwrapped food item,” the bill reads.

Existing California law prohibits the sale of products labeled as biodegradable, degradable, decomposable, or that implies the product will break down in a landfill or other environment unless the said product meets specified standards. Senate Bill 1046 builds on this, prohibiting the use of green, beige, or brown tinting or coloring for any non-compostable bags.

A problematic product and source of contamination

Plastic produce bags are a source of contamination for the state’s compost facilities. Californians Against Waste explains that many of the single-use produce bags end up in compost waste streams leading to an increase of microplastics in compost and increased handling costs which result in higher rates for consumers.

“This kind of plastic film is not recyclable. It’s a contaminant in almost any bin you put it into,” Nick Lapis, Director of Advocacy for Californians Against Waste, told The Mercury News. “It flies around landfills and flies out of trucks. It gets stuck on gears at recycling facilities. And it contaminates compost. It’s a problematic product we want to get rid of.”

The average plastic bag is used for just 15 minutes but takes 400 years to degrade.

“The average working life of a plastic bag is 15 minutes, and over 100 trillion plastic bags are used worldwide each year,” states Californians Against Waste.

California successfully banned single-use plastic carryout bags in 2016, resulting in a steep decline in grocery bag pollution in the state. Litter caused by the single-use carryout bags dropped by 72 percent after the first year.

Globally, plastic pollution has become a significant challenge for the environment and poses risks to human health.

Plastic production has skyrocketed since the 1950s, growing from just two million tonnes to nearly 350 million tonnes in 2017. The amount of plastic waste boomed in the early 2000s, with the world generating more plastic waste within a decade than the previous 40 years, reports the UN Environment Programme. A significant portion of all plastic waste is mismanaged due to an underdeveloped waste management infrastructure. Most plastic produced is waste, with very little recycled and an increasing amount filling up landfills and the world’s oceans.

More than 11 million tonnes of plastic ends up in the world’s oceans each year. Experts fear this could triple by 2040.

Plastic pollution has become so pervasive it is being found in the most remote corners of the world, the deepest point in the ocean, and scientists have even reported that microplastic particles have been found in the placentas of unborn babies.

More than 800 animal species are affected by this marine debris, with an estimated 40 percent of whales, dolphins, and porpoises ingesting some form of this debris. Scientists estimate that approximately 90 percent of seabirds are believed to have ingested plastic.

The UN Environment Programme warns that the impacts of plastic production and pollution on the triple planetary crisis of climate change, nature loss, and pollution are “a catastrophe in the making.”

Plastic production is forecast to continue to expand and is anticipated to double in capacity within the next 20 years if the world continues business as usual. Currently, nearly all single-use plastic products are produced from fossil fuels. Greenhouse gas emissions associated with the production, use, and disposal of fossil fuel-based plastics is predicted to grow to 19 percent of the global carbon budget.

However, this can drastically change with a shift to a circular economy, explains UNEP.

Embracing a circular economy could reduce the amount of plastics entering the oceans by more than 80 percent by 2040 and reduce virgin plastic production by 55 percent.

Shifting to a circular economy would also slash greenhouse gas emissions by an estimated 25 percent.