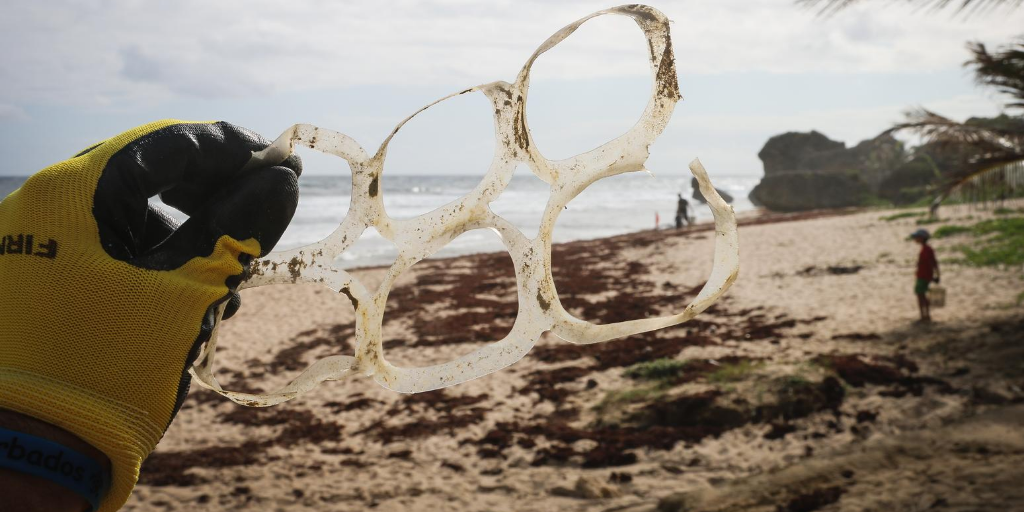 Canada is taking a step forward in the battle against plastic pollution. The Canadian government will ban the manufacturing, import, and sale of harmful single-use plastics, with some regulations coming into effect later this year.

Canadian Prime Minister Justin Trudeau first announced the ban in June 2019, initially planning for the ban to come into effect in 2021. However, the coronavirus pandemic delayed the scientific assessment required for the ban. Now, the government has officially laid out its new regulations as well as phase-out dates.

The ban will apply to checkout bags, ring carriers for cans and bottles, stir sticks, utensils, takeout containers, and straws. However, the government will permit exceptions to the straw ban for those requiring them for medical or accessibility reasons. The ban on manufacturing and importing these six types of items will come into force in December 2022.

“By the end of the year, you won’t be able to manufacture or import these harmful plastics. After that, businesses will begin offering the sustainable solutions Canadians want, whether that’s paper straws or reusable bags,” said Steven Guilbeault, Minister of Environment and Climate Change.

The sale of these items will be barred beginning in December 2023 in an effort to provide businesses ample time to complete the transition and deplete existing stocks, the government said.

The export of single-use plastics within these categories will be prohibited by the end of 2025, making Canada the second country in the world to do so.

The ban marks a significant move in the nation’s efforts to end its contribution to the plastic pollution crisis. In total, the ban will remove an estimated 33 billion units of single-use plastics from entering the oceans each year, says Oceana Canada.

“Today’s announcement ensures that Canada is embarking on a true transition away from unnecessary single-use plastics; this victory means that billions of plastic items each year that otherwise could have threatened sea life like whales and turtles will no longer be adding to the global plastic disaster,” said Anthony Merante, Plastics Campaigner at Oceana Canada.

Plastic pollution has reached the farthest ends of the earth, from the remote corners of the Pyrenees mountains to the deepest point in the ocean, the Mariana Trench. More than 800 animal species are affected by this marine debris, with an estimated 40 percent of whales, dolphins, and porpoises ingesting some form of this debris. Roughly 90 percent of seabirds are believed to have ingested plastic.

Much of the plastic used in Canada is tossed in the bin. Approximately 86 percent of the nation’s plastic waste goes to the landfill, with just a nine percent recycling rate. Shifting toward a circular economy would provide benefits for both the Canadian economy as well as the climate. The adoption of circular solutions has the potential to cut carbon emissions by nearly two megatonnes each year, generate billions of dollars in revenue, and create nearly 42,000 jobs by the end of the decade, says the Canadian government.

“We are focused on protecting the health of those who live in Canada, while improving our environment. We know that plastic pollution can be found in outdoor air, food and drinking water, so by addressing this, we will improve health outcomes for all Canadians,” said Jean-Yves Duclos, Minister of Health.

“These new regulations mark a turning point for Canada. We are taking strong action to protect the environment, creating cleaner and healthier communities across the country,” added Duclos.

While the ban is a step forward, there is still much that needs to be done to fully address the nation’s plastic use, warns Greenpeace Canada.

“The release of the regulations is a critical step forward, but we still aren’t even at the starting line. The OECD projects Canada to nearly double its 2019 plastic use by 2060 — and the world’s to nearly triple — and this ban is estimated to only cover less than 5 percent of Canada’s 2019 total plastic waste generated,” says Sarah King, Head of Greenpeace Canada’s Oceans & Plastics campaign. “The government needs to shift into high gear by expanding the ban list and cutting overall plastic production. Relying on recycling for the other 95 percent is a denial of the scope of the crisis.”